Lozenge-Infused Thoughts on the Year that Was

I had a plan. It was a good plan. I was going to take some time off and as we came closer to the 31st, I’d write a thoughtful post about the past year. There was no reason whatsoever that this plan shouldn’t come to fruition.

Except for Nemesis, of course. Who, I am quite sure, rubbed her hands gleefully, and casually directed a small cold germ my way. It hit before Christmas, but was surprisingly mild and short-lived. And that’s when hubris sat in, priming me for a lesson in Greek mythology the likes of which I haven’t experienced since high school. Because it swanned off, mutated, and boomeranged right back at me. And this time, it wasn’t mild. 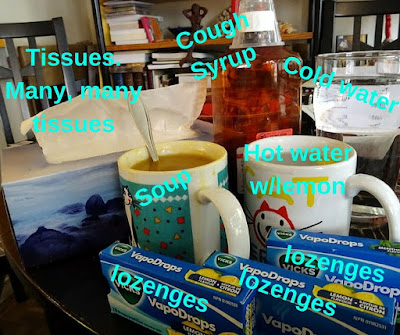 Contrary to appearances, I don’t actually have stock in Vick’s. Although if this things keeps going, you may want to purchase some.

Subsequently, the thoughtful post is heavily influenced by an excess of lozenges, cough syrup, and soup. Which makes for something more akin to “whoa, dude…” only with more words.

It was a year of progress. RA research neatly bookended the year in two major developments. In January, there was new insight into the cause of RA, and just recently, a new study created a blood test that can detect RA up to 16 years before it develops. I heard about something like this several years ago in a speech by Dr. Keystone. He said that rheumatology would soon (in research terms) make the shift to turn off RA before it happens. He talked about a cure.

I am continually reminded that for most of my life, I didn’t think we’d see medications like the Biologics. Now I believe we will see a cure in my lifetime.

This past year was the 10th anniversary of two very important events in my life. The first was the 10-year mark of me taking Biologics. The ten words in that sentence sum up the most momentous, eventful, and joyful period of my life. There were hard times, too — it wasn’t all bliss and that shouldn’t be forgotten. But most of the time, I let that go. Most of the time, I feel like I’m flying.

The second big thing that happened in 2005 was the birth of this blog. It has been an integral part of taking flight. It’s taught me honesty, helped me develop my writing skills, connected me to a community of friends, and listened whenever I needed to talk. Does it sound weird to say that it, too, became a friend?

Not that I anthropomorphize much.

This past year has been so eventful, and it went by so fast. I stumbled across a quote by Dr. Seuss that sums it up exactly. 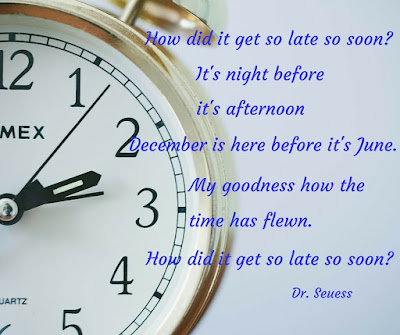 I know I say this next thing every year around this time (as well as several other times), but I remain astonished that I am still getting stronger. This year was amazing in so many ways, both professionally and personally, but what stands out is what is possible if you push just a little bit past your limits on a regular basis. It’s how you discover just how much you can do, it’s how you build strength, and it’s how your life grows.

It’s traditional on this day to promise yourself and others all sorts of specific improvements for the coming year. I’m not going to do that. Instead, I will resolve to do more of the same. To continue to push myself just a little past my limits and see what happens.

Wishing you and yours a very happy new year. May it be full of discoveries. 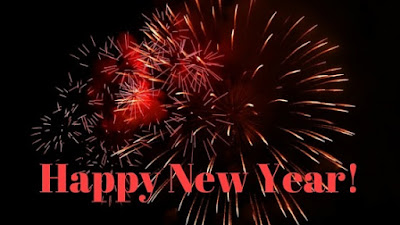 Judith said…
Happy New Year, Lene. I wish you all the best!

Unknown said…
Love that you continue to get stronger. Happy New Year!
10:23 AM

Anonymous said…
And a happy new year to you. (May you recover well from the crud.) Sending hugs to you on your 10 year anniversaries. (I'm not sure that the anniversary of taking a biologic is a "congrats" event, so hugs work.) Hoping that 2016 brings you good health and wonderful, creative endeavors.
3:20 PM

Zoe said…
Anniversaries are tricky and emotive things... Thank you for a wonderfully written post and congrats for the 5 and 10 year anniversaries!