Showing posts from April, 2006
Show all

April 28, 2006
I sometimes watch Inside the Actor’s Studio . At the end of the interview, the host – a wonderfully fawning James Lipton – gives the guest this questionnaire . I always thought that my answers would depend on a number of factors and likely change with time/mood/etc. Except for the fifth one: “what is your favourite curse word?”. For a long time, my favourite swear word has been the lovely expression ‘fuck’. I love how explosive it is, it’s versatility is unmatched and the way you can change meaning with the slightest shift in inflection is… well, fun . There’s nothing about it I don’t like. I blame my father. Well, actually I blame both my parents (hi, mor!), neither of whom met too many curse words they didn’t like. Growing up in Denmark didn’t help, either – swear words don’t have an awful lot of power there and are often blithely incorporated in everyday speech, so one could say I was primed for corruption by my nationality. Before the whole family moved to Ca
1 comment
Read more 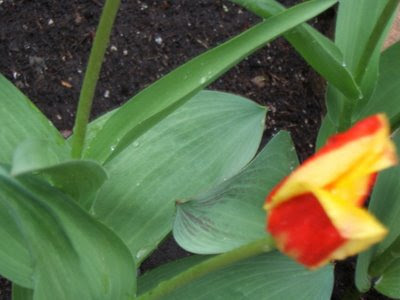 April 24, 2006
It's time for another random post. Which is another way of saying that I've been too busy watching Battlestar Galactica to have time to write anything coherent and meaningful. Although, I would like to note that after spending 765 minutes in an alternate universe - that's 12 hours and 45 minutes of the past week- I am now officially Done! I enjoyed every minute and I am also glad to that season 2 is halfway over, so I have to wait for the DVD. I think I’m a little Battlestarred out. Likely not for long, but nonetheless, it’s time for something different. Like random babbling. First, movies (smooth segue, eh?). I’ve recently watched three movies I’d anticipated to the point of staking out my video store on their release date. King Kong . Thought it might be too bloated but then, when they reached Skull Island, I forgot to breathe for about an hour. Best entertainment I’ve had from a movie in ages and I was very happy to watch on my TV instead of the big
Post a Comment
Read more

April 21, 2006
Sometime last week, I swung by a blog - alas, I have forgotten which by now - and found a link to a test called How Nerdy Are You . Naturally, I couldn't resist and promptly took it. I am 46% nerd, a number which I was surprised to discover quite disappointed me. It appears that I take some sort of perverse pride in being a geek. So I sent the link to friends and family, fully expecting to be out-nerded by several people. So far, not so much. Two of my friends, who I think it's safe to say consider themselves geekier than I, were 3 and 11%. I felt better. I think. Better or a little concerned, I'm not quite sure which. How nerdy are you? Speaking of things geeky. For while now, I've seen mentions of the show Battlestar Galactica - the recent remake, not the original - but largely ignored a it, thinking I’d “moved on” somewhat from the sci-fi. I used to be a Trekkie (still am - do you ever really outgrow that?), although I preferred the newer sh
Post a Comment
Read more 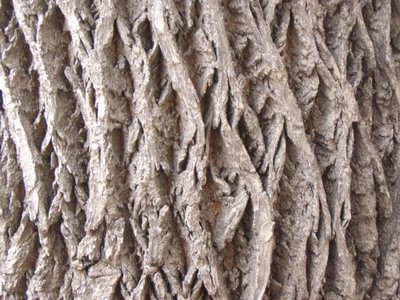 April 17, 2006
The day before, I had walked home from an appointment, instead of waiting for WheelTrans. It had been a good walk, a nice day with sun and a bit of warmth in the air and although I hurt when I got home, it wasn't bad. I knew I'd have to sit still for a couple of days to recover, but it was worth it. I then got my shot of Enbrel, bought groceries and did the usual that you do in a normal day. The next morning I woke up in a good mood, feeling remarkably uncreaky considering the activities of the day before. I puttered about my usual morning routine and it wasn't until a small amount of Tylenol made me feel a bit funny, that I realized I hadn't needed it. That I felt funny because there was no pain to absorb the painkiller. Kinda cool. So I decided to push it. I decided to pop down to Staples to look at a printer, maybe bring a camera and see what I could see. So I popped, I looked (and bought - retail therapy at its finest), I laughed with the sales
Post a Comment
Read more 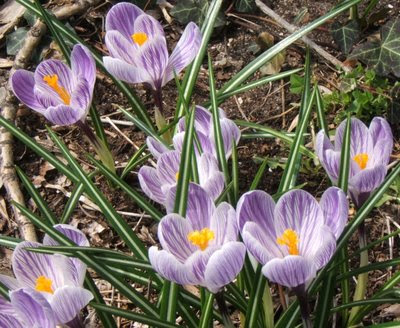 Today's a statutory holiday in Canada and I'm using that as an excuse to not do much of anything, including think about blogging. So.... happy whatever holiday you're celebrating and enjoy the spring.
Post a Comment
Read more 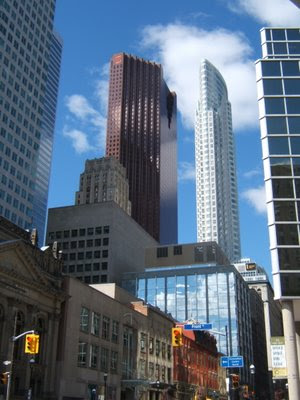 April 10, 2006
"Hope is the thing with feathers" - Emily Dickinson A while back, I wrote about being angry at my body and struggling to find a way to appreciate what it gives me instead of berating it for not doing what I want. I’ve been thinking a lot about that lately and might be closer to figuring out the next step. But there’s a problem. When I sat down to write about it, the first three paragraphs were about how angry I was. In some detail. That is, if by ‘some detail’, you read ‘extended and excrutiating close-ups’. I’m still more than pissed and it occurred to me that maybe, I should take a closer look at the angry, as it’s clearly blocking my way. I re-read the post from about a month ago and was struck by the image of waiting for the universe to stop harassing me. I realized that I feel an immense sense of being ripped off. Apparently, some part of me have always believed that the universe wouldn’t be so me
Post a Comment
Read more 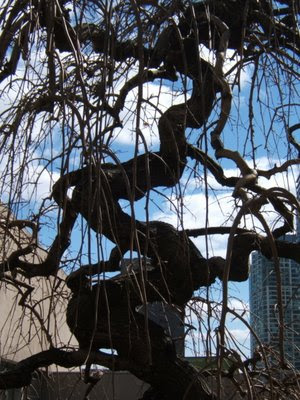 April 05, 2006
I love old movies of all kinds, but there’s a special soft spot in my heart for old, old movies. Movies from the beginnings of moviemaking, movies from so long ago, that the world was a different place. And not the kind of different place you get in the 50s or 60s, those times weren't different enough (hey, I was born in 1962). No, the kind of different that makes a tiny corner of your brain feel like an anthropologist watching a different culture. In my undergraduate days, I once took a film course which covered the period from the start of moviemaking to 1930. Four hours of classes a week, two spent talking about old movies, two spent watching them. It was heaven. One of the things I like about old movies is the pre-Method acting techniques. Watching the actors gives you a sense of what stage acting looked like in those days. And then there’re the gestures and looks clearly left over from the silent movies. Just as the angles and light were more dramatic when
Post a Comment
Read more 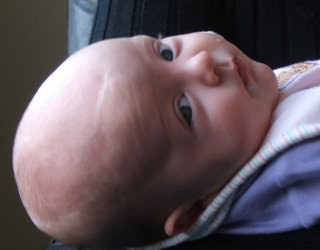 I’ve been jonesing to see the kidlings and this weekend, the TDT mobilized to bring the darlings to Toronto for another round of Tink introductions. Both Liam and Morgan have a habit of sporting a look of deep concentration and we tried to figure out what they might be thinking about. Cold fusion? An end to hunger and disease? World peace? None quite fit, but looking at the pictures from yesterday, I think I know. They’re plotting to take over the world. To render all who meet them helplessly enslaved to their cuteness, capable only of besotted smiles. They have a teamwork that is not only impressive to behold, but incredibly effective. They start out slow. First Morgan works the cute angle, while Liam pops on the helpless look and gets a cuddleburp. Then they ramp it up and send Morgan out to wrap Ken & JP around her tiny little finger (which took about 3 nanoseconds - please note the satisfied look on her face and the goofy smiles on the ad
Post a Comment
Read more
More posts