Showing posts from March, 2006
Show all

March 31, 2006
Note to all TV snobs: this post contains material pertaining exclusively to reality shows. To protect your tender sensibilities, may I recommend that you click on your way, have a fantastic weekend and I'll see you on Monday. Still here? Alright, here we go. Last winter, I watched a lot of TV and movies. Most days, getting through the day exhausted me and I only had energy for passive entertainment. Which wasn’t all bad - there’s an awful lot of very good TV out there. And some of it is reality shows. As the TV snobs have left the building, I'm not going to bother even pretending to apologize for the fact that I like mindless entertainment every now and again. Where was I? This year, I have more energy and had to cut down on the amount off television I watch, in order to create room for writing, reading and socializing. I trimmed off a couple of dramas and prepared to hack away at the reality shows I used to watch. Except, I appear to have accidentally
Post a Comment
Read more 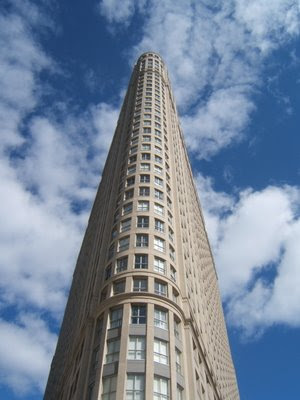 Mercury retrograde. A 3-week period, four times a year, during which... well, it's an astrological thing. During the time of the murky retrograde, things relating to communication and technology can experience problems. Or so they say, the astrologers. I never believed it, because astrology is not a science, it’s utterly flaky and smart, rational people don't believe in astrology, right? Except, over the years I've noticed that really annoying things tend to have been happening with communication and technology during those four times a year. Yes, yes - I know about the psychology of creating superstitions, but I have still become convinced that maybe there's something to it. So, I was playing with the idea of doing a post about some things that happened in the last three weeks - I got my new wheelchair and thanks to some fairly major seating issues, I have a $17K freakin’ sculpture standing in my living room, taking up space I don't have: My computer
Post a Comment
Read more 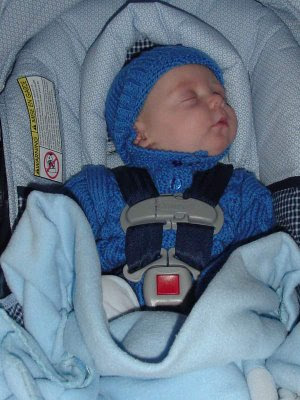 It'd be cruel to make The Tink Freaks(tm) wait until next week, so here are the latest (taken by one of the TDT - that's Tink Delivery Team - members). Please note that the very snazzy sweater/hat sets were made by mormor. During the knitting, I received countless calls from the woman complaining about how they - the sweaters, that is - weren't cooperating. When I gently suggested that maybe she could consider following the pattern instead of viewing it merely as a suggestion, she would, without fail, scoff and talk about how she was "improving it". On the fly. Note to self: keep my mother and Stephanie ( oops, I mean Stephanie ) apart. If they ever knit in the same room, they might become a force of nature with a vortex so powerful that everything would start to evolve and mutate at such high speeds that we wouldn't recognize ourselves from one minute to the next (I think maybe I've had too much caffeine). With no further ado.... Liam and Morgan, at app
Post a Comment
Read more

March 23, 2006
This is for the Tink Freaks out there. John's employer is doing a radiothon for McMaster Children Hospital today and the Tinks (and the TDT) will be interviewed. On K-LITE 102.9FM sometime between 10:30am and noon and sometime after 12:30pm on CHAM 820AM (you can listen via the sites). I was going to add the latest pictures, but Blogger has crapped out again. Late note: That'd be Toronto time. Eastern, I think? I really like the sound of Tink Freaks. It's like the Deadheads, innit? Except for the following around the country. And there being no band. But otherwise exactly like the Deadheads.
Post a Comment
Read more

What I Did On My Winter Vacation

March 22, 2006
I had a mostly lovely week off, with only a smattering of things that pissed me off (more about one of ‘em later). Space to think, space to rest, all kinds of time to get perspective. Or try to get perspective. I learned, among other things, that I have to take more time off and that’s something. Herewith a brief rundown of the happenings at chez Lene in the past week. I napped. Quite a bit. It was lovely. Watched movies. A History of Violence - brilliant story, brilliant directing, brilliantly acted, a brilliant special feature on ‘the making of’. And Viggo Mortensen has a really brilliant arse. Walk the Line – Reese Witherspoon has a surprisingly nice singing voice, both she and Joaquin Phoeni x were good. I just wish the script had been better. And… I consider the BBC version of Pride & Prejudice to be the definitive one. Who could possibly do Darcy better than Colin Firth (who has the sexiest walk I’ve ever seen)? It was
Post a Comment
Read more 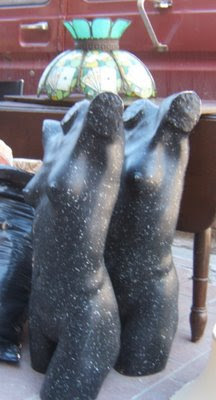 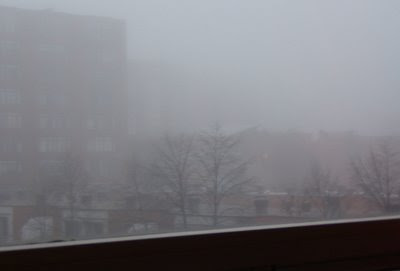 The view from my window earlier this week, when the weather changed from early spring back to winter.
Post a Comment
Read more

March 14, 2006
For the last couple of weeks, I've been going around saying "I need a vacation" and bitching about how when you don't work for pay or work for someone else, you don't get time off and dear GAWD, running your life makes you understand a little what Sisyphus went through. Then, sometime this past weekend, I realized that not only was I in serious need of a vacation, I was also in charge of allowing myself to take one. So, as this week has minimal appointments and no meetings, that's what I'm doing. I'm on vacation. I'm watching good and/or mindless TV, reading thoroughly entertaining (but non-Literary) books, eating yummy things and not doing much of anything I should be doing. This week, there are no 'shoulds', only 'wants'. What that means in terms of blogging is that it'll be a bit light. I was going to post a picture today, but Blogger seems to be having issues with uploading pictures and as I haven't written any
Post a Comment
Read more

March 10, 2006
Normally I try to make this blog a positive space – not just as a way to help me practise living in a new way, but let’s face it, I’m not writing these posts to get comments of the type “oh, you’re soooo brave, you have the courage to [insert everyday thing that’s apparently only remarkable when you have a disability]”, which whining often elicits in my situation and you know how I feel about pity . However, lately, I’ve been stuck and I have a feeling getting unstuck might need putting the dark stuff out there. So as notice to the universe that I’m ready to move on and as an exercise in honesty, here goes… I’ve been really angry lately and it’s a bit of a problem. Mostly because of the target of my anger. It’s me. Or, more specifically, my body. This past year, I came closer to finding peace with this sack of bones that houses me. The Enbrel helped, I felt healthier, able to do more and when injured, I could heal in less time. Then I got something whiplash-like at the end of Septe
Post a Comment
Read more 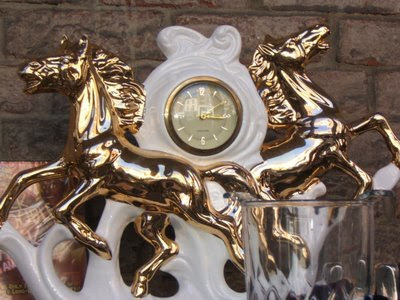 March 06, 2006
In the past couple weeks, I have been doing mini-raves of The Historian by Elizabeth Kostova and planned to write a post about it as soon as I finished reading the book. After a month’s reading, I’ve only just finished - I had to read a couple of short stories and a funny mystery in the past week, all in an attempt to postpone reading the last hour of the book. I just couldn’t do it, couldn’t leave these people. Only a handful of times in my reading career have I become so involved in a story and its characters that I couldn’t handle it being over. The Historian is a vampire book and a historical mystery. It starts in Amsterdam in the early 1970’s, where a teenaged girl finds a mysterious book in her father’s library. Tucked into the book are old letters starting with the words “My dear and unfortunate successor”. As a father starts to tell her the story – the story, we gradually find out, of the search for Dracula - we move back in history. This story is told from di
Post a Comment
Read more 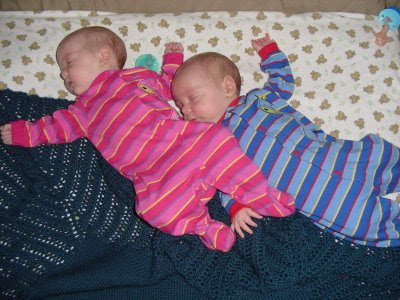 I had a Plan. It was a good Plan. I was going to finish my book and write a post about it. Plan B was to write a chatty post about something fluffy (no, not the cat). And then my life got hijacked by necessary, but very unexciting events, and… well, here I am on Friday morning with nutthin’. So for your entertainment, some pictures of cuteness personified to hold you over until Monday. (taken by a TDT member - TinkMama, perhaps?) And, not surprisingly, Mojo still has her box.
Post a Comment
Read more 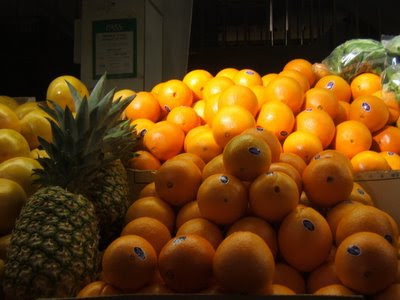 Talk about external validation, people! Your comments on Monday’s post were wonderful. I’ve been blushing madly every time another one got posted and am just overwhelmed. I wish I could email all of you individually and thank you for making my day. Unfortunately (as many of you know by now), that’d just wreck various body parts. As the tiniest of thanks, here’s this week’s picture, dedicated to you. In the midst of dreary, dark winter days, a little globular sunshine. I feel like I’ve had a parade.
Post a Comment
Read more
More posts