Showing posts from June, 2011
Show all

To frame the following story, I should mention that I haven't had caffeine for years. Even when I did partake of caffeinated beverages, they barely qualified as such. I’d wave a teabag discreetly over the cup and friends laughingly refused to call the resulting pale liquid tea . Then someone told me that hot water with a small slice of lemon was really good for heartburn/an acidic stomach (a frequent side effect of RA meds), I tried it and discovered how true that was. That was the last time I had a cup of tea and was probably at least six years ago. Since then, the only caffeine I've had is whatever they put in Tylenol #2s to keep you from falling asleep instantly from the codeine and I suspect that doesn't really count. Despite being uncaffeinated, I still have a fair bit of energy. OK, so I bitch about not being able to deal with The List, about fatigue issues, Mandatory Rest Periods, being out of spoons , etc., but if I look at it relatively objectively, I do acc
Post a Comment
Read more 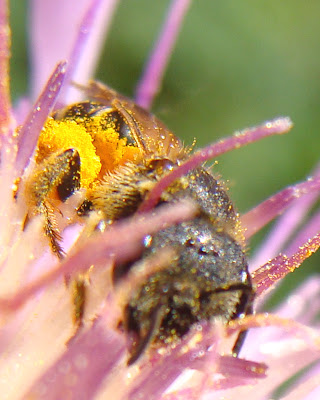 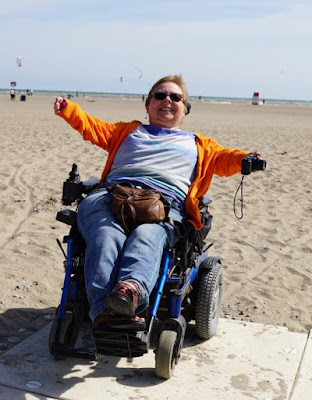 Jenni over at ChronicBabe chose "My Best Friend" as the theme for this week's Blog Carnival. At first, I was going to skip this one - I am in the extremely lucky position of having several people in my life who qualify as best friends. Choosing only one didn't feel right and writing a post about why I love tem all would have kept you here until tomorrow. And then it came to me. The friend that gets there even before the closest of my other best friends. My body is my best friend. Odd? The woman with RA and fibromyalgia, wheelchair user since the age of 16, the one who lives with high levels of chronic pain and disability and I could keep this going for a little while, but that would get boring and prevent me from getting to the point. So yes. That woman. Me. I consider my body my best friend. I didn't used to see it this way. For years - decades, even - I hated my body . For all the reasons listed above, for betraying me, for the weakness, the p
2 comments
Read more 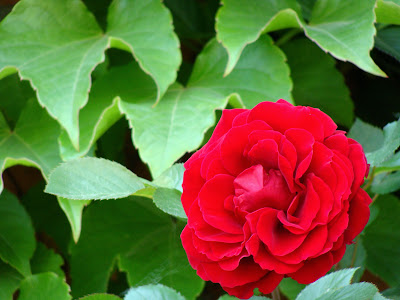 7 Habits of A Reasonable Life

June 20, 2011
Hello, world. So nice to see you again - have you lost weight? Got a new haircut? Whatever you've done, you look fabulous. I, on the other hand, probably look like I've been dragged through a hedge backwards. Twice. The last two or three months have been hard and crazy and utterly unreasonable. I developed bad habits and am so tired I could sleep until Thursday without waking up for pesky things like food and bathroom breaks. However! As of 2:17 PM Friday afternoon I've been on vacation and am not going back to work until after the July long weekend. Just as soon as I catch up on my sleep, I'll be really excited about it. So far, the most I've managed to do in terms of celebration is to when people ask me how I am, reply "I'm on vacation, how are you?" I suspect that may get annoying really soon. After spending the weekend puttering and watching season four of The Wire, the fog has started to lift and now that I actually have time to think
Post a Comment
Read more 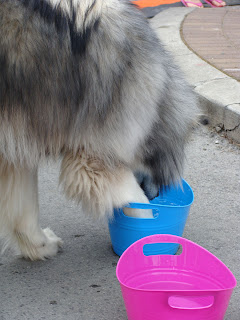 Woofstock wasthis past weekend and as usual, we immersed ourselves in the canine world. This one believed in testing the water before drinking. Lucy often does the same thing. One got an accidental mouthful while communing with its peeps The fountain was a big hit. A Jack Russell jumped in over and over again to catch the bandana it wore around its neck. Another liked the Woofstock-supplied duckies There was basking    And a Newfoundlander in mid-shake If this one isn't named Scamp, there's no justice in the world   And a beauty one its way to somewhere with great determination And I met Ferdinand up close and personal Photo by David   And then, as we left to go home, we echoed the words of a little girl we'd overheard earlier in the day: "I have just exited dog heaven."
Post a Comment
Read more

June 15, 2011
They say it takes three weeks to create a new habit. If that's true, I'm screwed. I may have mentioned once or twice (or entirely too much) that things got a little busy during Arthritis Awareness Month. It all started at some point in April or maybe it was March - the specifics are a blur, so forgive the vagueness - suffice it to say, the planning and preparation was intense. And then things ratcheted up during May and there were times (too many) where I found myself working well into the evening, sometimes even popping in for an hour or so around midnight. As you can imagine, this does not make one's chronic illness happy. In fact, mine got downright cranky about it and when I wouldn’t listen - because seriously, I couldn't or the whole thing would fall apart – it gave me a stomach flu. When that didn't slow me down, it started throwing other things at me and I don't really remember what they were, because I ignored them. I did try to prioritize and thi
Post a Comment
Read more 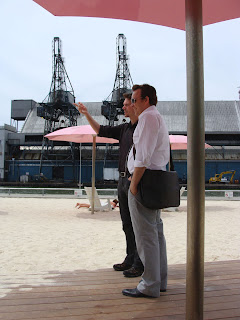 Remember my attempt to get to Sugar Beach ? And remember how Bruce Sudds, the Communications Manager for Waterfront Toronto wrote me an e-mail c ommitting to making some changes ? And remember that Community Planning Meeting ? At that meeting, my MPP Glen Murray - who is a thoroughly decent man with a passion for universal design - suggested we do a tour of Sugar Beach to check out how Waterfront Toronto have incorporated accessibility in this project. Forward a while. It's now a couple of months later and the wee tour of Sugar Beach not only got scheduled last Friday, but also grew to include a number of people. Alas, Glen Murray was pulled away at the last minute, but Chris Drew from his office was there. Waterfront Toronto was represented by Bruce Sudds and James Roche, Director of Parks. Tom Davidson from Councillor McConnell's office was there, as were Joe, the City of Toronto staff responsible for things like curb cuts and Marcus and Steve, local residents with f
Post a Comment
Read more

Juggling Life with RA: TIme Management and Saying No

June 12, 2011
In which I muse about how living with a chronic illness is like having a full-time job: "Appointment with family doctor regarding UTI caused by suppressed immune system, including travel and wait time: 1 hour 15 minutes Appointment with rheumatologist for regular checkup, including travel and wait time: 2.5 hours Physical therapy for shoulder injury, including travel time: 1.5 hours. Mandatory Rest Period to manage fatigue and energy issues: 1-1.5 hours a day Monitoring of general well-being, pain and energy levels: constant Assessment and adjustment of activities and medication to make sure I function as well as possible: constant Time to myself: priceless." You you can read the rest of my latest MyRACentral post here .
Post a Comment
Read more 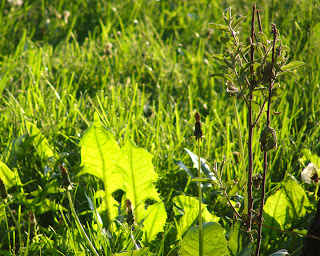 One evening last week after dinner, I got entranced by the outside, grabbed my camera and headed out. The park around St. James Cathedral seemed the best place to go and yes, it was. As the sun slanted towards the horizon, the light warmed, its honeyed fingers caressing concrete and flowers alike, lending everything a golden nimbus of light. It was magical.
Post a Comment
Read more 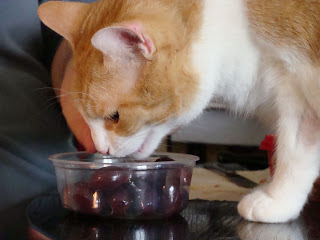 Things were rather insane during May's Arthritis Awareness month activities at my workplace , but somehow my body cooperated remarkably well. In fact, early last week, I was remarking to my doctor. about how well I felt and how I was getting by on an astonishingly low amount of painkillers (it's amazing what adrenaline will do). Two days later, on May 31, the crash came. Apparently, my body saved up pain which it is now dishing out and I'm trying to take it easy. Hence, this is turning out to be a week of photos. Today is all about how Lucy discovered olives (and that area on her leg isn't from an IV - Miss Lucy chews off hair in certain places, either due to allergies or a bad habit. Not sure which). On the most recent Boyfriend Weekend, The Boy and I wandered around the Market while we were hungry. This resulted in bringing home a number of interesting goodies, including kalamata olives. Which turned out to be the food equivalent of the Pied Piper. I missed the m
Post a Comment
Read more 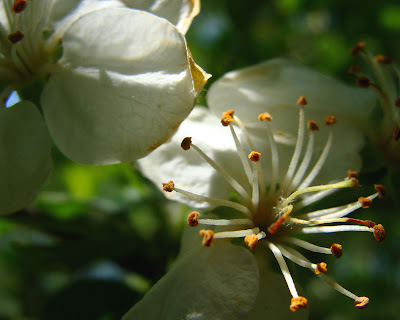 June 03, 2011
My Writing Buddy has done it again. The woman keeps making me think and I intend to speak sternly to her about it one of these days. Laurie's latest post In Translation is about coming back to the oncology centre for a monthly treatment and being asked how she feels in this question in particular poked at something I've been gnawing at for a while: “Nurse: "You're depressed. Why?" Me: "I'm just a little blue. Five years of doing this is a long time." (Translation: "I'm pissed off and fed up and I have survivors' guilt.")” When I get my Humira shot, I have to go to my doctor's office for it. The Biologics come in two forms: infusions that you get via IV in a clinic or self-injectable that you keep in your fridge and do yourself in your home. However, due to the RA-related damage and deformities in my hands, I don't have the dexterity to stab myself, so every 10 days or so, off I go to my doctor's office. I&#
1 comment
Read more 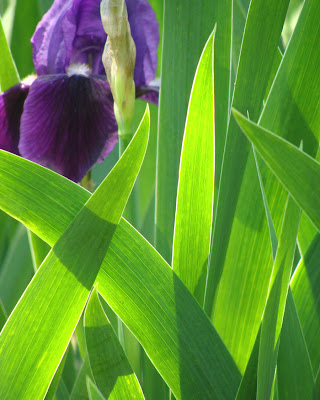