Showing posts from June, 2018
Show all

June 18, 2018
The Seated View has moved. You can now find me at www.theseatedview.com . Join me there, won't you?
1 comment
Read more

Farber’s Disease: Could Your Child’s Juvenile Idiopathic Arthritis Be Misdiagnosed? 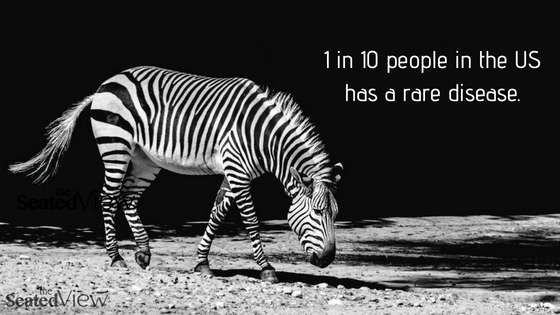 Joint inflammation or contractures. Nodules (small lumps under the skin or in other tissues). A weakened or hoarse voice. Children with these symptoms may have been diagnosed with juvenile idiopathic arthritis (JIA) or other types of juvenile arthritis . But do they actually have JIA or do they have Farber’s disease? An equine digression When you hear hoofbeats, think horses, not zebras. This is an adage in the medical world that encourages doctors to not wander off exploring rare and esoteric reasons for a patient’s symptoms. Because most of the time, that hoof beat of a rash likely isn’t the plague, the joint pain more likely a type of arthritis than the bends (especially if the person has never scuba dived) and you get the picture. But once in a while, it actually is a zebra. And even if it’s first identified as a horse, eventually, the stripes come through. It took five years of my parents running around to different doctors before one finally recognized that I had
1 comment
Read more
More posts