Showing posts from August, 2008
Show all

August 28, 2008
Today’s my birthday. We shall gloss over exactly which birthday it is, as I’m not yet sure how I feel about this particular number. I’ve spent the week being very aware of the way mortality's looming on the horizon and considering various and sundry ways of indulging in a middle-aged crisis - colouring my hair blue, going on an indefinite road trip with loud tunes, man, have looked droolingly at severally yummy cars and done likewise to what can only be described as boytoys (toyboys? The fact that I'm uncertain as to the terminology probably means I should reconsider the latter). By tomorrow, I'll ignore my age until next year's middle-aged crisis (I hope), but today, we're putting the focus firmly - and exclusively - on the birthday rather than the number. Besides, what's in a number? It's so inconsequential we don't even have to talk about it... A nyway! To aid in the celebration, I remembered the old adage that it's better to give th
Post a Comment
Read more 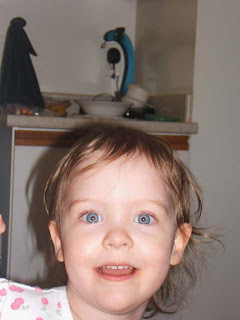 This past weekend, my sister Janne and brother-in-law John gave me the best gift: a visit from my lovies, Morgan and Liam! It was a true Tink extravaganza, an afternoon spent immersed in a two-year-old world and there is nothing better to ease a worried mind. I t reminded me that the funnest game ever can be as simple as a wall, an adult willing to pretend they have no idea where you are and popping out, repeatedly "surprising" the adult. Both kids are growing by leaps and bounds and every time I talk to them, they have more words and more things to tell you and ask about. And every time I see them, I am convinced that now, this very moment, they are as cute as they'll ever be. Then when I see them again, I think the same thing all over again. While the parents went to pick up lunch, mormor and moster babysat (mormor = grandmother, moster = aunt/mother sister). Or perhaps more accurately, corrupted the minors by teaching them how to open doors. This was al
Post a Comment
Read more

Last week, I felt compelled to watch Big Eden again. Sure, I've been building up to it for while - it's been about six months since I last saw it and that's about as long as I can go without my fix. And no, I'm not just talking my fix of the character named Pike, who I may have mentioned I have a huge, honking crush on - what can I say, I like 'em tall, dark and awkward - but my goodness fix. I know this movie is a fairy tale, a utopia, but still, every time I watch it, it restores my faith in humanity. But more about that in a little bit. Because the sudden need to see it now - not later, but now - came from what I was reading. T he Twilight series by Stephanie Meyer is all the rage among teenage girls these days and I read the first one a while back (spoilers about to abound). I liked many aspects of it (supernatural romances are wonderful entertainment of the fluffy healing kind), but had major quibbles with an equal number. Still, I wanted to kn
1 comment
Read more

Anyone Lose Their Head? 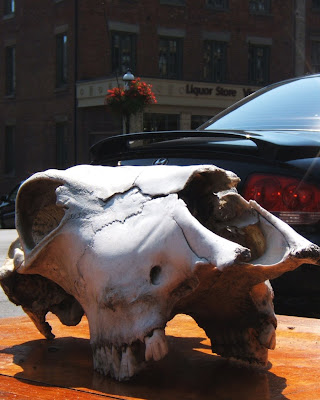 August 21, 2008
My latest HealthCentral post is up: "Joy Fawcett has played for the U.S. Women's soccer team in three Olympics -- 1996 in Atlanta, 2000 in Sydney and 2004 in Athens -- and was on the field every minute. Each time, the team won a medal - one silver and two gold. She is the mother of three girls. She has rheumatoid arthritis." The rest of the interview is here .
Post a Comment
Read more

Judge Not, that Ye Be Not Judged

August 20, 2008
So John Edwards has admitted to having an affair two years ago and we’re outraged. In a poll on HealthCentral’s breast cancer site , 90% believed the affair has destroyed his credibility. Alright, I can understand why women who are surviving breast cancer can be tender about this particular event in light of Elizabeth Edwards’ cancer , but I’m pretty sure a poll of the rest of the country would give about the same numbers. So I dug around some more and found David Bonior, Edwards’ campaign manager for the 2008 presidential bid, quoted as saying "thousands of friends of the senator’s and his supporters have put their faith and confidence in him and he let them down … you can't lie in politics and expect that people's confidence". After I stopped laughing about lying and politics being incompatible (and trust me, it took a while), laughed some more about having thousands of 'friends', all that was in my head was a giant Excuse me? What on earth does a pol
Post a Comment
Read more

Effortless: What Walking Looks Like to Someone Who Can't Walk 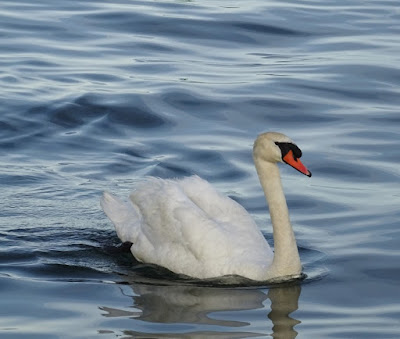 A few weeks ago, when I posted a link to a HealthCentral post vaguely related to the Olympics, Valeria had a quibble. I said "[w]hen you have RA and live with pain and loss of ability, watching people effortlessly push themselves to places you will never go again…". To which Valeria, who used to be a competitive swimmer, commented "there's NO effortlessly about any of it. When I was swimming, I spent between 3-5 hours a day swimming endless laps until even my ears and toes ached and a 3 day swimming meet woould leave me as limp as an athletic center towel … when I watch those athletes up on the television, i haave a fair idea of the immense effort it takes to get to that level, because I know what it took to get to a couple of levels below them ..."   As quibbles go, that's a pretty valid one. And excellent blog fodder! Thanks, Valeria – I love it when you guys make me think! Although, must you do it quite so often? My wee brain is aching…
Post a Comment
Read more

August 15, 2008
Spam of the month: Steve Jobs Names God as Successor. Th is Toronto event from last weekend made it to the news in South Carolina (got a panicked call from a friend). Big explosion at a propane depot, two deaths, mass evacuation of residents. Video here and articles here . This week, Condelieeza Rice said ""This is not 1968 ... where Russia can threaten a neighbor, occupy a capital, overthrow a government and get away with it". Really?? You can't just waltz in, occupy a country, overthrow a government and get away with it? Oh, sorry. Russia can't. Nevermind! For the knitters out there. Knitler (and other dictators). Trevor sent it to me. Blame him, not me. I laughed. My home country was occupied by the Nazis during WWII, so if I laughed, you can, too. (first, I get blatantly political, then I laugh at dictators... wonder if I'll get flamed in the comments?) Any potential rancour might be mitigated by this. My good buddy Craig tol
Post a Comment
Read more

Patient Identity & Why I Don't Have One

August 14, 2008
My latest post is up on HealthCentral: "Lately, on my travels through the Internet, I've noticed a new term being used on health information sites -- including this one (look at me biting the hand that feeds me!) -- and it's been percolating in the back of my mind, making scritching sounds like nails on a blackboard. The term is "Patient Identity." I'm still jolted by those two words, something in my brain has trouble digesting it, because I don't have one. I'm not sure I ever did." You can read the rest of the post here .
Post a Comment
Read more 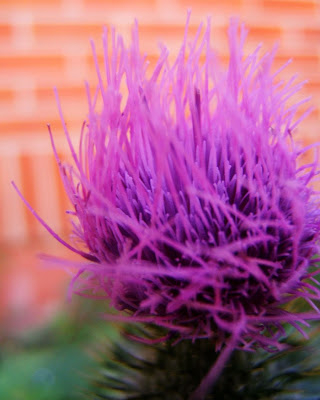 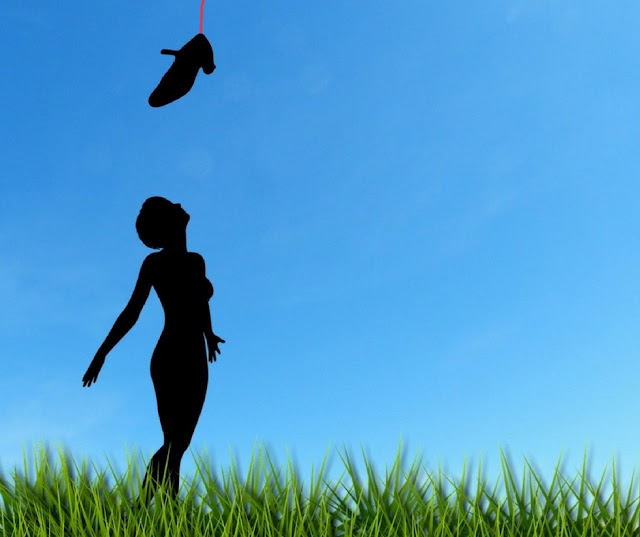 T he other day, I was rooting through my recent archives to find a post in which I had dissed The Lord of the Rings so I could put a link to it in Friday’s post. I never found it, but I did find several posts about my inability to stop being busy , the ever-present threat of injury due to my inability to stop and it became apparent to me - for perhaps the 437th time - that there is a real gap between the expectations I have of myself in terms of what I need to get accomplished in a day and my ability/energy level. And it's not just that I'm addicted to Getting Things Done (which I am) or that I put more things on The List than I have time and energy for (which I do) - I think there’s more to it.   H ow do you accomplish a life when you have the energy level of what used to be called an invalid? There's a reason they used to be housebound, at most wafting delicately from bed to divan, perhaps doing a bit of embroidery or reading. It's because people with a
Post a Comment
Read more

A while ago… okay, a long while ago - I sought help in a project I called Six Degrees of the Lord of the Rings. The idea was to take the actors who played the lead characters of LOTR, find other movies they'd been in and post a review. I've come upon a snag. Namely that my local video store cleaned out their library of older movies to a quite alarming degree, to leave room for games and then expand its new releases library. It's very frustrating when you love old movies. Yes, they have a mail order thing much like Netflix, but I tend to watch movies based on my mood, not what pops into my mailbox next. I mean, what if you're in the mood for a Bergman movie and Scary Movie XXVII is in your mailbox (or vice versa)? So all your hard work finding the movies to watch resulted in a list of really good flicks, most of which I can't find at the video store. Argh! B ut I have a plan B! Since my primary dissing of LOTR - and by the way? I lost about 20% of
Post a Comment
Read more

August 07, 2008
My latest post is up at HealthCentral: "The Olympics are starting in a few days and I've been of two minds about whether to watch the Games. On the one hand, there is joy to be found in watching people bursting with health and ability going full-throttle for the Olympic motto of Citius, Altius, Fortius (faster, higher, stronger). On the other hand, when you have RA and live with pain and loss of ability, watching people effortlessly push themselves to places you will never go again can be hard on the heart." You can read the rest of the post here .
Post a Comment
Read more