Showing posts from February, 2011
Show all

A Night at the Opera 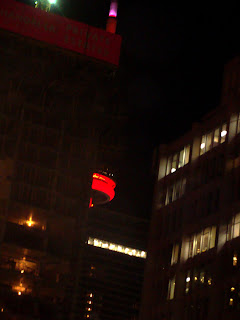 A night out, my first time at the Four Seasons Centre for the Performing Arts      To see one of my favourite operas       Fabulous staircase in the foyer      Everything is light and airy   So light and airy, it felt as if we were floating       Watching everyone descend this staircase was amazing. It looked, as David said, like a waterfall of people
5 comments
Read more

A Loss of Trust

February 25, 2011
When people with disabilities are abused, it is most often done by those who provide their care. Not a pleasant thing to complicate, is it? We like to believe that caregiving is a sort of sacred profession, one that requires altruism and compassion, is seen almost as a vocation. The thought that those who are entrusted with the responsibility for people who are more vulnerable than almost anyone, except children, could misuse that trust, could deliberately harm, makes your insides clench. I, and many other people with disabilities, receive attendant care in our homes and because of that we are able to live independently in the community, participating on an equal level with those who are able-bodied. In its preamble, the Ontario Human Rights Code talks about it "having as its aim the creation of a climate of understanding and mutual respect for the dignity and worth of each person so that each person feels a part of the community and able to contribute fully to the developm
5 comments
Read more

February 24, 2011
This week, I interviews an physiotherapist about exercise, pain control and RA: "Staying fit and flexible is a good idea for everyone, but is particularly important when you live with rheumatoid arthritis. RA does throw some extra factors into the mix, such as avoiding stress on the joints and dealing with pain. Physical therapy can be a useful tool in developing an exercise program that protects your joints, as well as helping you to manage pain. To find out more about how this kind of therapy can help people who have RA, I interviewed Danielle McCormick, a physical therapist with The Arthritis Society of Canada." You can read the rest of the post here .
Post a Comment
Read more 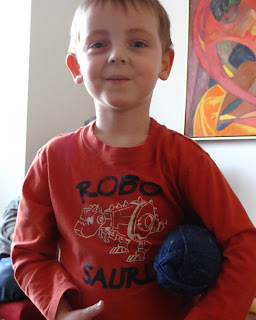 This past weekend, the Tinks were here to celebrate the Family Day holiday. I taught Liam the concept of pet yarn (cue all the knitters out there saying a collective awwww ...    Morgan has lost her first toothand swallowed it, so she had to write a letter to the Tooth Fairy explaining what happened. Luckily, the Tooth Fairy understood    John/TinkPapa had told Liam to bring the Amazing Spiders book because Moster Lene find it so very fascinating. Subsequently, John is not getting any birthday present form me this year. Liam is reading at a grade 3 level already and read the word arachnophobia correctly on the first try. Which is better than I did when I first saw that word.      Morgan is the product of two chocoholics and is here seen exclaiming about how wonderful chocolate is      And then there was what can only be described as a mosh pit in a corner of the living room
6 comments
Read more 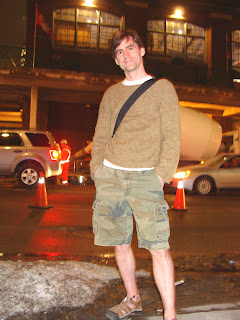 Every year, when the spring is so early it's still actually winter, my dad would hold forth about how Canadians are crazy. There'd always be a handy example around, usually a male specimen, flaunting the crazy in public, lending credence to the stereotype. Conditions need to be right to spot the Crazy Canuck - a slight warming trend in the weather, on the plus side of zero, but still only in single digits and in order to qualify as Crazy instead of merely misguided, it should be about February, as this is the time when SAD is at its highest and cabin fever have everyone ready to snap. Last week, we had two days with 9°C (about 48F) and it was positively balmy compared to the deep freeze of the week before. We all got a little giddy, thinking maybe it was all over, just as we do every year when Mother Nature gives us a break from the bone chilling cold and snow and warms up the place as a treat. Or plays cruelly with our sanity. It all depends on your point of view and by
8 comments
Read more

February 17, 2011
When I write for HealthCentral, I am called an Expert. I like the title - who wouldn't? It's nice being an expert, especially if it's with a capital E. It appeals to my latent megalomania and that's never a bad thing. Well, some people might think I'm enough of a know-it-all already, but they clearly just haven't seen the light yet. Anyway! Here's the thing. Expert is the short form of Patient Expert and that's where I start twitching. It's a word that's bantered about quite a lot in places that employ people with various diseases and conditions to serve as representatives for other people with the same disease or condition. I'm not just picking on the people who employ me, it's other companies like it and it's pharmaceutical companies who are increasingly making sure they include the end user to provide feedback, input and be spokespeople for different types of medication. I'm not sure how I feel about that, but should Abb
9 comments
Read more 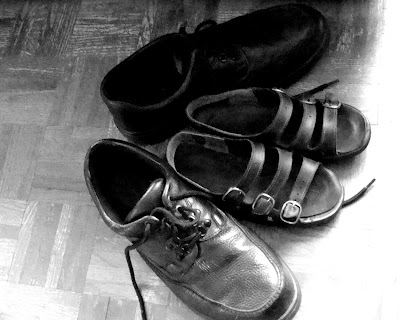 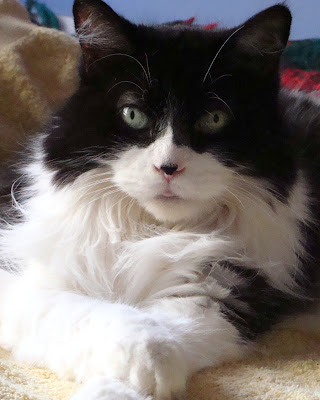 I still miss her , the space in my heart that was hers remaining so.
7 comments
Read more

Baby It's Cold outside: Surviving Winter with RA

February 10, 2011
Staying warm inside and out is the topic of my latest post for MyRACentral: "Although Toronto's portion of Groundhog Day storm wasn't quite the Snowmageddon the very excitable weather guys called for, I still have a serious case of winter fatigue. My windows are frozen shut most of the time, my hands are red and raw from cold, I'm tired of shivering and somehow, being in the depth of a cold snap makes everything more stressful. Between the weather and the demands of life, you can feel cold both physically and emotionally." You can read the rest here .
4 comments
Read more

A Wish for Less

I miss subtlety. I miss allusion, hints, intimation and mere suggestions. This is not a moment of wistfulness that is unfamiliar to me, but what brought about this latest attack of longing for a light touch was watching the trailer for Let Me In , the American version of Let The Right One In . The Swedish original is so perfect that I did for a while rant about the ridiculousness of Hollywood always having to remake something that's already good, just because there might be subtitles involved (don't even get me started on The Girl with the Dragon Tattoo series). And I wasn't alone - criticism about this boneheaded move abounded, until Let Me In came out and several critics whose opinion I trust retracted their rants. Sure, they still thought the first one was perfection, but said that the American version had, for once, respected the original and although reinterpreted it slightly, retained all its beauty, innocence and creepiness. Admittedly, I'm not sure creep
10 comments
Read more 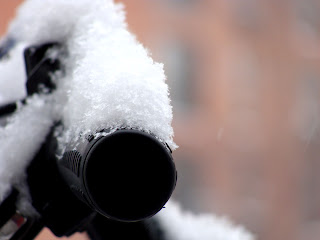 I'm almost 2/3 of the way through Abigail Adams and very much looking forward to the book club discussion later this month. It's a fascinating book - easy to read, I'm learning a lot and it's making me think about a whole host of issues. Despite all that, I've been getting twitchy and I finally figured out why. I'm fiction hungry. It happens sometimes when I read a longer nonfiction work, but usually I have to be kind of bored and I am definitely not bored with Abigail Adams , so I've been telling myself to buck up and get a grip. And I do, for an hour of listening or so, but then part of my brain start thinking about several yummy sounding novels I have in my stash and Laurie posting a list of the 10 best books she read in 2010 doesn't help at all. Several of this list are now on my hard drive - yes, I know I'm on a book diet, but the library doesn't count, does it? So. The fantasizing about this novel and that one has been increasing
3 comments
Read more 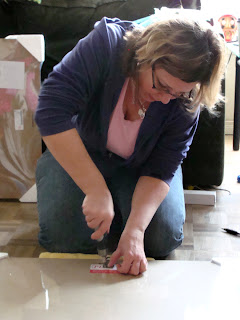 A month ago, I had a great idea for the 2011 Silent Poetry Reading, but 4 weeks later, have no idea what it was. So instead, I offer a personal poem in pictures... 70% Water An Exhibit of Photographs by Lene Andersen Oakwood Village Library & Arts Centre 341 Oakwood Avenue February 1-26, 2011 p.s. And because I was - and continue to be - fried when I posted this, I forgot to say something very important: Thank you to Michele, Richard and my Main Minion (aka The Boy ) for all your help. Without you, there wouldn't be an exhibit.
10 comments
Read more
More posts