Random 5 at the New Year 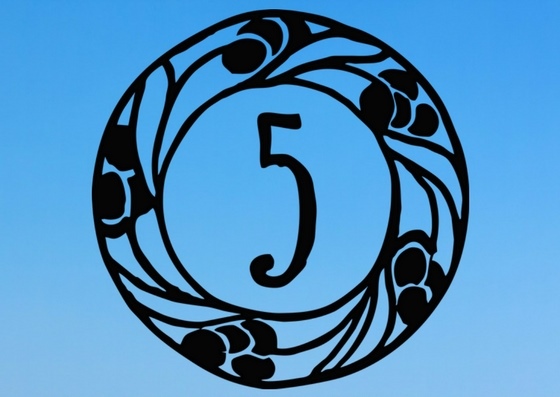 How were your holidays? I hope they were fantastically wonderful and that you got to have a lot of rest. Personally, I’m not quite done with sleeping yet, but here we are back in the active part of the calendar yet again. As my thinking processes are still being dragged kicking and screaming into 2018, I thought I’d start with something fairly easy (for both of us). Something random and chatty seemed to be a good way to kick off a brand new year.

Oh, snap with the cold snap

As Santa arrived in Canada from the North Pole bringing presents for all good boys and girls, he also brought a polar vortex with him. Perhaps he doesn’t give coal anymore? Or maybe it was never that,  but someone misunderstanding the term and actually what the Naughty List gets is C-O-L-D.

If that’s the case, we have been very, very Naughty indeed. There are parts of Canada that are colder than the North Pole, and Arctic, and Mars. One of those places is Toronto, which means I have been stuck inside for a while now. Subsequently, I am working on an extremely healthy case of cabin fever. 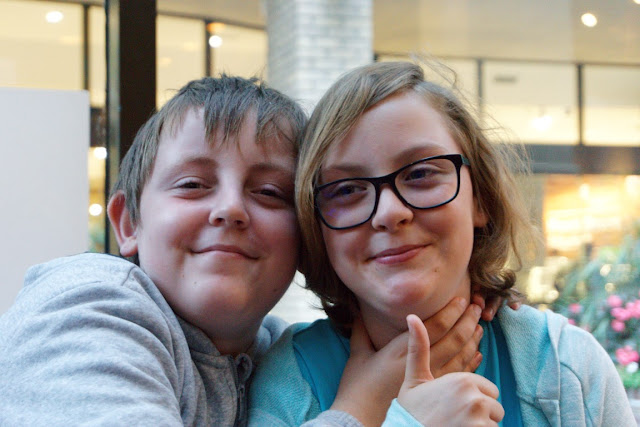 I love holiday traditions. In fact, I love them so much that I do my very best to create more of them every year, occasionally to the frustration of my family.

Since the Tinks were very small, I have created a photo ornament with the two of them every Christmas Sometimes, I’ve managed to catch the two of them unaware, making for a perfect memory. At other times, it’s a bit more of a formal photo session. And sometimes, it’s the shot you take after you are done that makes the cut.

Dog toys and my hidden superhero 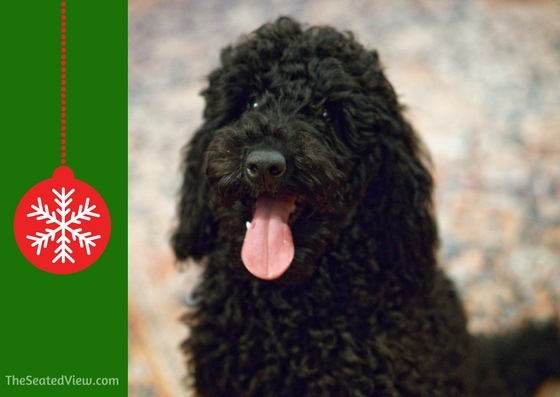 Annabelle the poodle puppy is the newest addition to the family and the best kind of dog there is. Because she is a poodle and because she belongs to my sister and her family. So I can just spoil her and don’t have to do the daily walks.

Annabelle experienced her first Christmas and I believe she approved. When looking for a present for the dog, my sister told me to avoid rawhide bones – apparently the bleaching process isn’t good for dogs. So I went to my local pet food store and ask them what they had. The woman helping me suggested I try a Bully Stick.

“What’s that?” I asked, having never heard this term. To which she replied “it’s a cow’s penis.”

I was silent for a moment, but then couldn’t help myself.

This is why David says my superhero identity is Pedantic Lass.

Do you have a superhero identity?

Purging on many levels

Several months ago, I ventured forth on a quest to minimize my possessions. I’m not all the way to the minimalist trend, but after living in the same place for over 20 years, the weight of stuff has become significant.

Last week, I watched the latest video from vlogbrothers, in which John Green talks about what he wants to leave behind in 2017. And perhaps because I am already in a purging process, it struck me as much more useful than making resolutions that will inevitably be broken before January runs out.
There is much I intend to leave behind in 2017 — sadness, anxiety, and allowing my PTSD to control my life. Too much work, not enough play. Too much of what drains me, not enough of what recharges. You get the picture.

I don’t normally focus on how many books I’ve read in the past year. The goal should be, I think, to dive into other worlds, not read for the sake of a number. I do write down what I’ve read, along with a comment or two about how I liked the book and this year, I moved that reckoning from a Word document to an Excel file. Which made it pretty much inevitable that I should know how many books I’ve read. I’m not going to share it here, just note that it was less than what I used to read, because the audiobooks move slower than my eyes. Often this is a benefit.

Five of my five stars include the following:

. It’s a good movie, but an even better book. Funny, touching, thought-provoking.

. What is like to put your life back together when your health will never be the same.

. The 1982 miniseries was what triggered my Australia obsession. I finally read the book, which was all sorts of lovely.

. An adventure in horror, with some added sharp social commentary.

Blood, Bones & Butter: The Inadvertent Education of a Reluctant Chef

. A memoir of food and love. One of the best writers I’ve ever read.

I’d love to hear what some of your favourite books from the past year were.
Book Review Holidays PTSD Random Reading

Rick Phillips said…
Sounds like you had a wonderful year. I want to read and write more in the coming year. Vlogging sounds cool as well.

Do you have a superhero identity? Sticky Man (needles everywhere)

What do you want to leave behind in 2017? Stubbornness (but I am stubborn)

I’d love to hear what some of your favourite books from the past year were. "The Rise and Fall of the Third Reich (my 5th reading, I love this book)
8:28 PM

Jocelyn said…
I'm about to read A Man Called Ove for my book club - glad to see the positive review. And A Town Like Alice!! Wow. I watched that miniseries in probably eighth grade, and promptly devoured the book.

What do I want to leave behind in 2017? (Besides certain political figures who shall remain unnamed?) Doing things that don't really feed me because I feel like I should. Eek. That'll be a tough one.