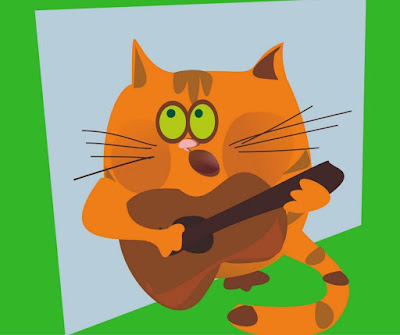 After that medical adventure earlier this year, my lungs are quite miraculously unscathed. When I saw my doctor a couple of days after being discharged from the hospital, she listened to my chest and exclaimed in wonder that my lungs sounded completely clear. About a month later, I had a chest x-ray and in the report, the radiologist focused on the arthritis in my spine, because there was nothing else to talk about.

I am a very, very lucky woman.

I still use puffers every day and as a result, have had a summer that has been remarkably free of the usual allergy and asthma symptoms connected to growing vegetation. So it’s all good, right?

Well, there is one nagging little thing that I’m working on. I still don’t have quite as much air or lung capacity as I used to. If I rattle off an extra-long sentence, I run out of air towards the end. Sure, it’s much better than it was five months ago, but it’s still annoying. So I’ve decided to do something about it.

Every evening, a couple of hours after dinner, I lie down for a bit. This is not another Mandatory Rest Period, it’s just a rest. I’ll listen to books or podcasts, or talk to friends on the phone.

Last week, I added singing. Not for the entire hour I lie there, but a couple of songs. It’s the most enjoyable way I can think of to exercise my lungs.

I am not of the misapprehension that it sounds enjoyable, however. Although I’ve had fun singing for as long as I can remember, I’ve never been much good at it. My sister has jokingly forbidden me to sing outside of the shower and Christmas Eve.

At least I think she was joking…?

In addition to not always being on key (I can hear my sister adding “or ever” out there in the ether), I don’t remember all the lyrics. So the words I do remember are interspersed with some loud humming.
I can see you wincing now. Thank various divinities for this not being a blog post, not a vlog, huh?

So a few days ago, I was having my rest and singing along to The Proclaimers. This involved bopping my feet, as well as pretend-drumming, all with my eyes closed. Because if you’re listening to loud music on your headphones, it’s a much better experience if your eyes are closed.

And then I felt a tickling on my nose. When I opened my eyes, Lucy was standing next to my head, sniffing my mouth to investigate where the strange sounds were coming from. The “mommy, are you okay??” expression on her face was very clear.

Sing along with the boys and me:

Rick Phillips said…
Oh, your cat has never heard me sing, if she did she would be excited to hear your renditions.
8:54 PM