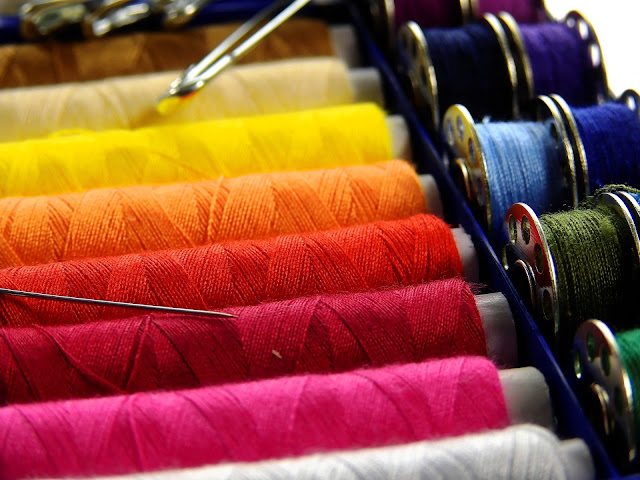 I had a medical appointment fairly close to the Eaton Centre and it being that time a year where I stand in front of my closet bemoaning the lack of appropriate clothes therein, it seemed like kismet. So I headed to the building with many, many stores ready to give someone money so they could give me tops that would be neither too warm, nor too cold.

I skipped the top floor entirely, as that has become dedicated to expensive US retailers that are financially unattainable for most people, including this starving artist. I mean, there’s a jeans store where items start at $300+ for a pair of ripped jeans. Even if I were to temporarily lose my mind and pay that amount for a pair of jeans, I’d be looking for something with more fabric. Y’know… to increase the value of the expenditure.

The lower two levels not only have more stores, but also a lot more people. I zipped through the crowd, first visiting my new go-to store Reitmans. It’s not as perfectly “me” as Joe Fresh used to be, back when it still appealed to a wider population than the young and skinny who don’t like bright colours. But Reitman’s has a fantastic petite section and a core selection of clothes with a nice, timeless style (i.e. basic tops and pants without frills and crazy patterns).

There’d been some changes. The petite and plus sections have disappeared, the area in which it was located now becoming the career area, and the rest of the store had mostly clothes that appealed to the young and skinny. So I approached my subsequent visit into approximately 10 stores on a triage system based on what has occasionally worked before, through “I’ve never shopped here, but I’m desperate.”

And there was nothing.

Well, that is to say that there was lots, but all of it was aimed at the young and skinny. I ventured to ask a few stores and none of them went above a size 12. Because that’s another thing I discovered. That apparently anything above a size 14 is now considered a Plus size.

Eliminating larger sizes makes perfect sense, doesn’t it? After all it’s not like there’s an obesity epidemic or anything…

I was mostly looking for tops, so this wasn’t too much of an issue. Every store has large and extra large sizes in tops and with the exception of a few, those fit just fine. But the style of the tops was somewhat limiting.

In every store, it seemed as if at least 50% of the tops were off-the-shoulder numbers. Not the kind with a wide scoop neck, but the kind where the neck encircles the body at about mid-upper arm level. Which can look lovely and romantic on models who have those square shoulders, but on the rest of us mostly just looks like we’ve forgotten how to dress properly. 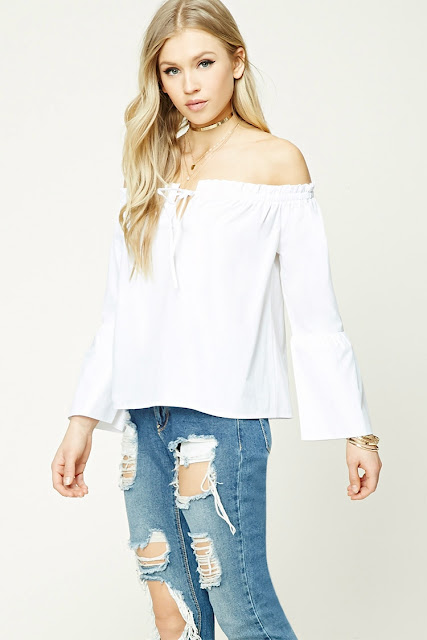 The rest of the tops were either formfitting, lacey or with ruffles (or both), had crazy patterns, or were belly shirts.

I had two problems, it seemed. One, that thanks to the three M’s (medication, menopause, and middle-age), I am looking for a slightly more generous cut. I’m in that orphan place between the more slender sizes (below 8 and 10) and the plus stores which tend to focus on 18 and above.

Oh, and let’s add another M to the bunch, namely migraine, which prevents me from buying crazy patterns, stripes, and anything with text on the front. It creates a flicker in my peripheral vision and triggers a migraine within seconds.

Additionally, there is my age. I don’t consider myself old, but I am aware that I have passed the age where certain fashion choices look good, or can at least be blamed on the slightly scatterbrained fashion choices of the young. Not that I’ve ever made many of those choices — my style has always been timeless and simple. And leaning towards bright colours. Solid bright colours, please. Which there hasn’t been lots of in the past few years, as designers are focusing instead on neutrals, particularly grey, grey, and more grey.

(Seriously. I went into Joe Fresh just before Christmas and everything in there was black, grey, or white. With the occasional sequin. Wha…?)

I came home with a handful of underpants, a T-shirt, and a feeling of deep frustration. None of which will get me through the next month before the heat comes.
Rampant Idiocy The ridiculous

Kathleen W said…
That is why I shop online. Amazon is my current favorite but you can google and see what comes up. There is no way to check the fit, but I am not fighting 18 year olds who weigh 90 pounds wringing wet. It has saved my sanity.
9:42 AM

Unknown said…
Oh Lene! I can relate 100%. Like Kathleen posted, I shop online. It is too humiliating to try stuff on in the store because obviously they distort the mirrors and make everything look awful. Plus, I like having the time to shop for things I like and know are appropriate for the three M's (The three M's is perfect. I died laughing because it is so true. Why don't designer consider us?) Great post!
8:56 AM