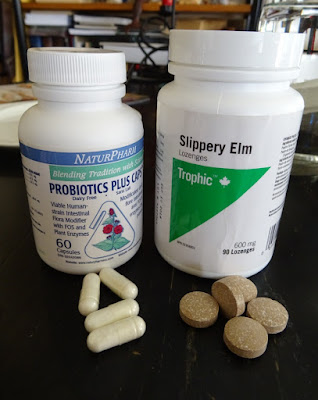 It’s damn near a miracle. And also a tragedy.

But let me start at the beginning.

Rheumatoid arthritis (RA) has always done a number of my stomach, and so has RA meds. It is a particular “blessing” to be hit with a disease that requires strong medications, and a sensitive stomach (the latter likely the consequence of the former).

I couldn’t love my biologic medications more than I already do. You should also know that I’m a bit of a side effect magnet. Enter GERD and acid reflux, two of the most pronounced side effects. Which were made worse when I had to switch my anti-inflammatory medication. Figuring out how to mitigate the fire in my midregion has been an interesting challenge. It felt like my stomach was trying to eat itself.

The last year as including quite the learning curve about what I can and cannot eat (no more gingersnaps), two trips to the emergency room with suspected heart attacks which turned out to be our two good friends GERD and Acid Reflux, and in addition to prescription medication, popping antacids and over-the-counter Zantac like candy. The latter of which are hideously expensive, and should probably not be taken in large quantities. 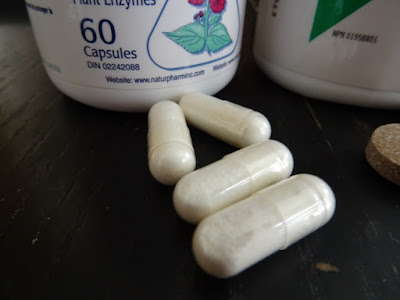 So I talked to my naturopath and she recommended two products. One is probiotics, which I have taken on and off for years, and found tremendously helpful for my stomach issues. I started taking them again and a larger dose than normal, but it wasn’t quite enough.

And that’s when my darling naturopath brought out another item from her bag of tricks. Namely, your Slippery Elm lozenges.

For the other people who are reading this and not familiar with this product, slippery Elm lozenges are usually meant for sore throats, and are available in different flavours. Sucking one of these lozenges helps coat and protect your throat and is hence a mainstay of singers, or so I hear.

Trophic’s slippery Elm lozenges are a little different than the others in that they also contain fenugreek. The texture is crumbly, and they taste a bit like licorice-flavoured dirt. This can initially be a little startling, but you quickly get used to it. If you like licorice, they’re quite tasty. 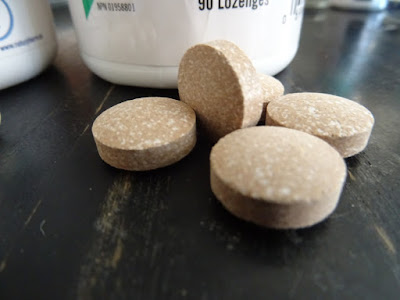 They are also an absolute miracle.

First you chew them, then you keep the crumbly mess in your mouth for a bit and let it blend with saliva until the sensation is a little slippery. Then you swallow.

Shortly after this, peace spreads in your midregion. Y’know, the one that was on fire, but now it is no longer. It is absolutely astonishing how well they work.

Before I encountered your Slippery Elm lozenges, I’d wake up several times at night because my stomach was a roiling vat of acid. Taking Zantac would only give me a few hours’ worth of undisturbed sleep. Now I take a slippery elm lozenge before I go to bed and sleep through until early morning. Not only that, taking one or maybe two throughout the day shuts up the constant complaining from my stomach, and actually allows me to eat. They have had a huge positive impact on my quality of life.

Naturally, you discontinued them two weeks after I’d acquired my first bottle.

This also affects my mother, who discovered these little bits of miracle at the same time, and for whom they have had the same astonishing effect. And, I can imagine, untold others who are now up a certain creek without the miracle remedy.

So, dear Trophic, I am writing this to ask you to re-continue making your wonderful Slippery Elm lozenges. Not just for me, or my mother, or the untold others who already know how wonderful it is. You see, I have friends who have the same problem. Quite a lot of friends, actually. All of whom would love to buy a few dozen bottles, as well.

What do you say? Want to help a girl out?

Sincerely,
Lene
PS you wouldn’t by any chance have some extra cases of the stuff lying around in a corner somewhere? I’ll happily take them off your hands.

Allison said…
If you created a petition, I would sign it. Frequent use of large doses of NSAIDs have just been torturing my stomach, and the heartburn is horrendous. I saw your post and got excited that you had found something to help. I want some!
7:41 PM

Kaz said…
They sound AWESOME. I would also use them and know lots of others who would be interested. Although, I don't know if they're available here or not...
8:42 PM

Annette said…
I also would be interested in them as well. I have a terrible time with my stomach. If you find an alternate and/or start a petition, please let me know. Thanks Lene. You are the best. :)
10:27 AM

Unknown said…
Thanks for reminding me Lene!! I did slippery elm lozenges years ago and they really helped. I'm going to help you search for those wonderful losenges!!!

Amy Aadland said…
It is information and one of the best post for all by which everybody can get some information about simple treatment. Yes have also suffered from acid reflux at that time one of my friends suggest me to use "Acidgone®". You can't imagine after some days I feel better than before.
1:31 AM