Photo Friday: Back to the Islands

This past weekend The Boy and I took a long walk on the Toronto Islands, cameras in hand. It was the longest walk I’ve taken since I got home from the hospital and a lot of that was due to having a very good time photographing all that is beautiful about the Islands.

As you may have noticed, I believe there is a lot that is beautiful about the Islands.

For one, the green. I live in an area that has a lot of green space, but not like this. This is restful for the eyes. (Click on photos to embiggen) 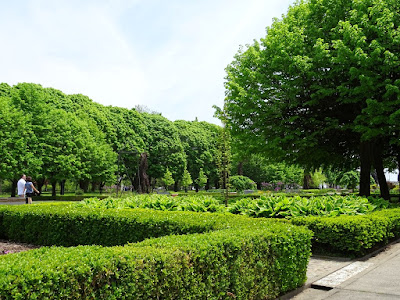 I have a route that I like to take. I start by veering left towards the quiet of Olympic Island, watching the city from the other side. 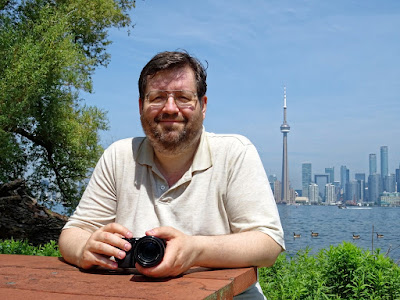 Next up is Far Enough Farm to check the animals. I was thrilled to see that Buttercup the Jersey cow was back up front so she can receive her adoring audience. Last year, she jumped out of her pen and consequently was placed elsewhere behind a double fence. She is very social and likes licking people. All last summer, I worried she was feeling lonely. It’s good to see her back (behind a higher fence). 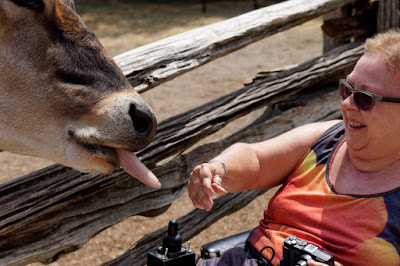 Photo by David Govoni
At this time of year, a couple of peacocks wander the grounds of the farm, frequently screeching in some sort of peacock battle for dominance. Or maybe they’re just chatting. Either way, they are beautiful. 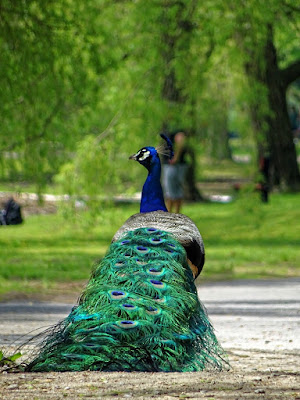 We also came at the exact right time to catch a mama duck with her 13 — yes, THIRTEEN — ducklings. One of whom was a goofball. There is one in every crowd. 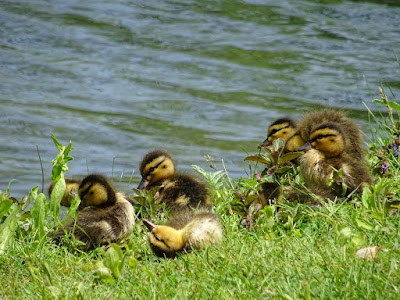 And then we moved to the south side of Centre Island, passing by the artists’ colony. I’ve heard you can rent a cottage there and I’d love to live among the sounds of birds and waves. The cottages don’t seem accessible, although they very much know what to do with a bed of tulips. 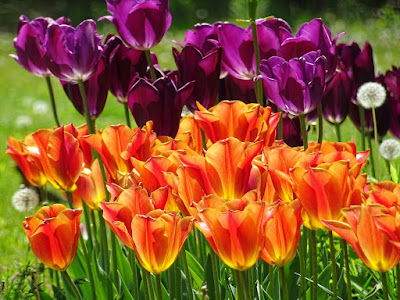 And I know what to do about the Gibraltar Dune. A blissful place. 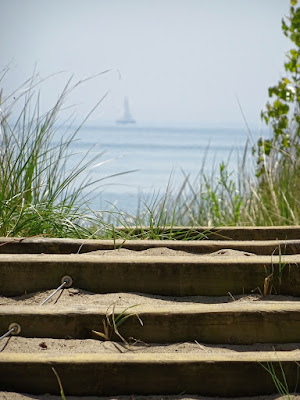 The time to go home came too soon, but the wonder of the day wasn’t over yet. As we were crossing Lakeshore Boulevard, a major road, we saw this. 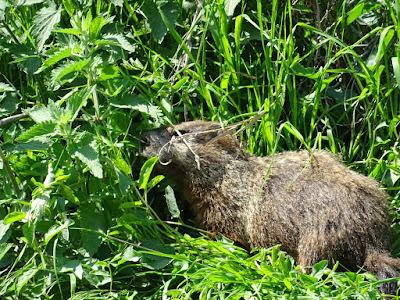 You may have heard about the capybara escape in Toronto. This wasn’t one of them. But seeing a groundhog in the middle of downtown Toronto is still pretty miraculous.
Downtown Living Photography

Unknown said…
This looks lovely Lene. I'm mentally making a list of things I want to do when I come to Canada.
3:02 PM