Did you know that Canada is the only country with universal healthcare that doesn’t include medication costs?

Many of us can’t afford our medication, even with assistance from government programs such as Ontario’s Trillium DrugProgram. Many still choose between the drugs their doctor has prescribed, and food or rent. Many don’t take the medications as prescribed — or sometimes not at all — because they simply cannot afford it.

And yet, despite the federal election campaign being in full gear, this is not on the radar of any party, except the Green Party.

It’s called pharmacare, the inclusion of medication costs in universal healthcare. I’d be very grateful for this – every month, I spend almost $400 on medication. Three years ago, I had to take drastic measures to solve the crushing debt problem I had as a result of medication costs.

A number of organizations are trying to bring pharmacare into the election discussion. As part of this, I was interviewed by Avis Favaro for a CTV National News story about this issue. Check it out. And then talk to your candidates about it.

Let’s make this an election issue! 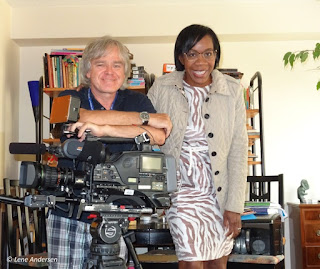 Thanks to John and Elizabeth for make the interview easy!

k said…
Okay, yeah. That is a huge issue. My non-generic prescriptions run about $500/month. But then again, who needs to breathe?
12:07 AM