Turn It Down, Turn It Off.

What’s with the noise? More specifically, what’s with all the bloody music?

As my range has increased, so has my perambulations around this wonderful city I call home. I’ve discovered new streets, beautiful buildings, little spots of quiet magic like the Trinity Square labyrinth, and it’s all been completely wonderful. 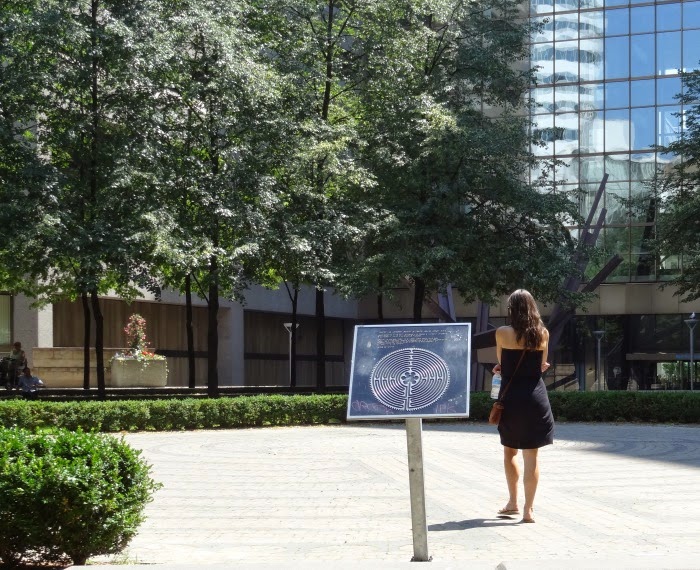 Well, not entirely completely. Because I have also discovered a noxious new trend. Music. Loud, thumping, blaring, everywhere. I’m used to it in stores, but haven’t before experienced stores piping it outside as some sort of come-hither signal to the masses. All it makes me want to do is run in the opposite direction.

I’m used to it in restaurants — and usually always ask for it to be turned down (yes, I am that person) — but on restaurant patios? If I’m sitting on the patio, I’d like to be able to hear my dinner companion as we engage in that old-fashioned thing called conversation, not yelling over the music. I’ve chosen a patio seat because I’d like to be outside, in the beautiful summer air with its outside noise, not deafened by whatever music the restaurant imagines that customers would like. Hint: no music. That’s what I would like. Or, if you must play music, then background music. And apparently I need to explain this phenomenon of background music. It is, by definition, music that’s in the background, low enough that it can be ignored, low enough that I can hear what my friend is saying, and low enough that I can hear myself think.

I have a theory that restaurants play loud music to keep the tables moving. Loud music discourages diners from lingering, thus enabling you to get more arses in the seats per night. I might reluctantly accept that, but on the patio? The point of patios is to linger, not to move quickly, hoover down your food quickly and get the hell out of there before the noise drives you crazy.

I haven’t noticed music on patios before this year, nor had I noticed any patio-less restaurants piping their inside music outside and apparently it’s as contagious as a stomach bug in a kindergarten. It’s barely July and already a lot of downtown patios and patio-less restaurants have outdoor music. Again, dear restaurateur: this is not enticing. Furthermore, if you’re on the ground floor of a residential building, have some consideration for your upstairs neighbours, will you? Turn it down.

Better yet, turn it off!

But it doesn’t stop there. Sunday, I headed down to Sugar Beach, eager to bliss out in the sun, listening to the waves, the occasional screech of a seagull and the far-off sounds of others enjoying the beach (far-off because I move down the promenade, far enough away that I can’t really hear them). This is my bliss. This is perfection. Sitting by the water in the middle of the city with hardly any city noises, only lapping water and screeching gulls. An hour’s worth of this wonderful place and I have peace in my soul. 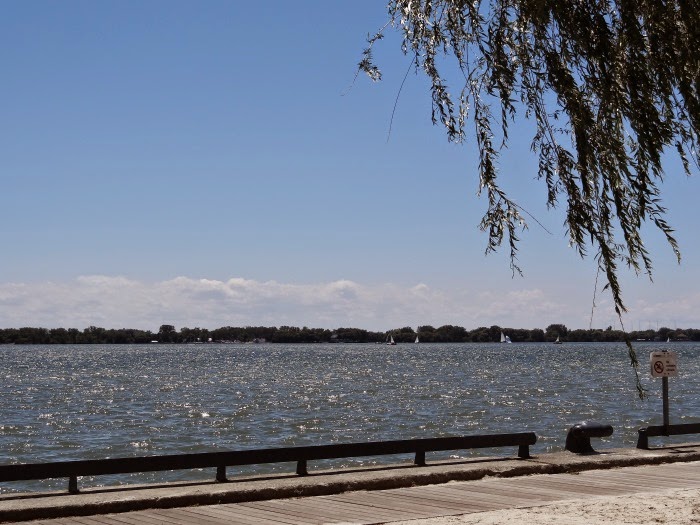 Hang on. What’s that? Thumping music. Really loud, thumping music. Must be a booze cruise. Wait… There’s no boat in sight. What on earth… Now, don’t tell me… Oh, for heaven’s sake.

There are two new clubs in Toronto that are quite unique. They are so-called day clubs. With pools. One in downtown East and the other in the West End. Yes, you heard that right. A large club with pools that’s open during the day.

Back to Sunday. What I’m hearing is the not-so-dulcet tones of Cabana Pool Bar, located southeast of my location. I looked up their website. It’s open Tuesday-Sunday from noon to “late.” During which time, one presumes, they will play loud music. Which, as they are an outside club, will be shared by anyone in the immediate vicinity, as well as the not-so-immediate vicinity. How they got a permit to do this is beyond my comprehension.

I put on my headphones to listen to a book. Nope, even turned up high, I can still hear the thumping. And it’s not because the music/insane noise is carried on the currents of a breeze that’s conveniently coming from their direction, because the wind is actually coming from the opposite direction.

This is not going to be blissful. They have turned my sanctuary into hell.

And when can I and all the other people who’ve enjoyed sitting quietly by the lake at Sugar Beach get our sanctuary back?

Diane said…
No argument here. A local strip mall started that this year and I decided that I found it annoying. I see no point to piping music outside just to make noise.
11:17 AM

L."Wren" Vandever said…
Some convenience stores here in California pipe music--classical!--outdoors to discourage youth loitering near the doors. It's sort of funny and it works! But I get your aggravation with thumping, pounding, LOUD music everywhere else. I hate not being able to hear my companions during a meal, and I really hate being forced to listen to music I dislike. It's an ugly addition to an already cacaphonous life.
12:29 PM

Kia said…
I so agree - except that I've been noticing music pollution for years. Why do neighbours think you want to hear their music? I have to shut the doors and turn the air conditioning on and still I can hear the bass. I could rant on this one for a long time.
2:19 AM