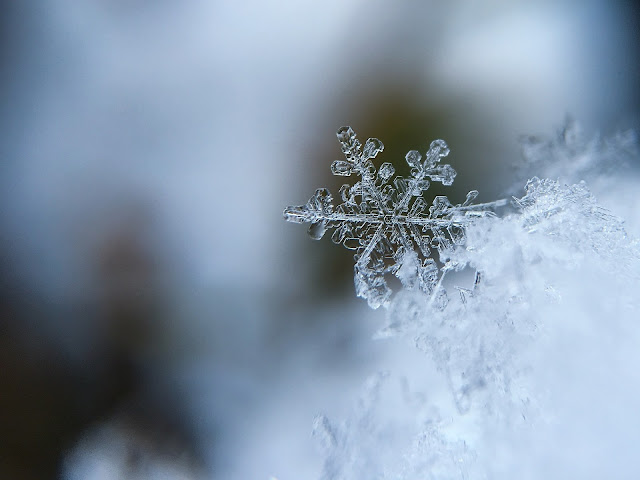 Legend has it that the Inuit, who live with snow of a variety and duration unknown to those of us whose winters lasts only a few months of the year, have a hundred words to describe the flakes and clumps and drifts of white and cold. Likewise, most people have an only occasional experience with pain and as the language of a culture is shaped by the majority experience, our world lacks descriptors of pain beyond the basic - burning, stabbing and not much else. It occurred to me to rectify this. And so, a list developed.

The Ginsu. Named after the famous knife, it describes the pain experienced after surgery, a broken bone or similar injury. It is clear, clean and sharp and although it can be intense, its temporary nature, knowing that every day, it will be a tiny bit less, makes it easier to endure.

The Gym. This feels much like the pain experienced after a serious workout – the tired, achy feeling invading your muscles after doing too much. Crank it up to the max point where you feel stiff as a board and you have a fibromyalgia flare. The aftereffect feels like glass.

The Drill. A short, sharp burst of localized fireworks that feel like the way a dentist’s drill sounds. Often associated with a joint slightly shifting in a way it's not designed to move.

The Taffy. Imagine the sensation of pulling taffy or a caramel stuck in your teeth.  Now imagine it in your body. Sticky and chewy, The Taffy envelops everything, adhering to every nerve ending, as impossible to remove as fresh bubblegum stuck to a shoe.

The Dirty Cotton.  Think of a used ball of cotton: grey and a bit greasy. Add almost-dull glass splinters throughout. Imagine being inside this ball. Rheumatoid arthritis pain is a lot like this.

The Fog. Similar to the Dirty Cotton, the Fog has the added effect of seeping through your body, invading your brain, making you feel heavy, fuzzy-headed and incapable of clear thinking. 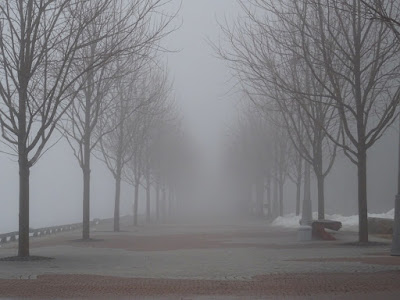 The Gnaw. This pain doesn’t do much, except nibble at you. It is not immobilizing, yet colours everything you do, all the time, every minute. You can still function, laugh, talk, but the constant presence of the small gnaw adds stress to every moment.

The Nag. A louder cousin of The Gnaw, the nagging pain is almost an invisible “friend”.  Constantly yammering at you in the distance, it’s just on the boundary of audible, making it difficult to hear other - real and visible - people talking.

The Icepick. This pain is very localized and feels remarkably like someone repeatedly stabbing you with an icepick. It is somewhat similar to the Ginsu in its clarity and sharpness, but does not have an identifiable cause. You don’t know when it is going away.  It can lead to the Tharn (see below).

The Medusa. In Greek mythology, Medusa was a beautiful woman who was turned into a snake-haired monster by the goddess Athena and became so terrible to behold that merely looking at her turned people into stone. The Medusa kind of pain often starts as a spasm in one location – say a shoulder – and then gradually spreads, until your entire body feels seized up and as rigid as stone.

The Jolt. This type of pain feels like jolts of electricity are shooting through your body, usually muscles or tendons. Rarely a small current, The Jolt can stop you in your tracks as a burning shock blazes through e.g., a particular tendon, only to leave as soon as it arrived, leaving no trace of its passing. One of the particularly “fun” types of fibro pain.

The Bee. This type of pain feels like an angry beehive has taken up residence in your body. Often associated with sciatica pain, your leg might feel as if it’s buzzing, with a top layer of burning and stinging.

The Tharn.  In Watership Down: A Novel

, Richard Adams coined the word ‘tharn’ to describe the paralysis of rabbits being caught in the headlights. This type of pain has the same paralyzing effect – when it hits, the only thing you can do is sit, stand or lie perfectly still. Going Tharn makes it hard to breathe and can make you break into a sweat. It can last anywhere from 10 seconds to 10 minutes, but thankfully, rarely longer.

The White Noise. This happens when the pain becomes so pervasive that you cannot feel or hear anything else. It gives you an almost itchy, hyper-sensitive feeling in your ears.  You are not capable of doing much of anything. Even watching television hurts your ears and makes you dizzy, because there are too many types of stimulation assaulting you and you are unable to gather all the information into a coherent, seamless flow. The visual and auditory input become random lights and noises that hit your motion sickness and screaming place. In the White Noise, you can almost feel your eardrums vibrating.

The Silent, but Deadly. Painless pain.  Multicoloured stars in front of your eyes, frequently followed by fainting.

Wren said…
Wonderful post, Lene! You're spot on. I'd add just one more to the list, if I may: The Butter Knife. Imagine a butter knife wedged between the joints of your knee, or perhaps your great toe. Now, imagine someone flexing it up and down, forcing the joints apart just a little, then back, over and over again in time with your heartbeat. This pain, which is a combination of sharp and deep, can last for 15 minutes or 15 hours, and sometimes even longer...

This describes how a severe rheuma flare feels to me. I'm grateful that it's been many years since I've felt The Butter Knife for more than 15 or 20 minutes at a time...

AlisonH said…
Every doctor everywhere needs a copy of this. (And please pardon my rant of the other day.)
1:41 PM

fridawrites said…
The Monster--Gnawing taken to an extremes.

Like Smilla's Sense of Snow--thousands of shades of it.  Saying we have "severe pain" can mean so many different things--thank you.
3:48 PM

Diane said…
Much better than the "rate your pain from 1-10" that is prevalent in the States.  Although a bit on the lame side, 1-10 is at least making a small effort to recognize pain.

David said…
I've been lucky enough to not feel many of the types you've described. Most of the time when I hurt it's The Gnaw when I move or exert a certain way and anger my back when it's having one of its moods. The other one is when my head decides to do The Throb. Not sure which of your terms it best fits under.

I think it helps to personify pain like this. Makes it easier to describe. Makes it more real to those who are lucky enough to not experience many of pain's varieties. It also helps others empathize and understand.

Oh.. I I voted early and often. (Well... often for you... not often for the mayoral vote here in Toronto. That tends to be discouraged).
9:26 PM

WarmSocks said…
Great descriptions! We definitely need a better way to talk about pain.
8:19 AM

Andrew said…
Lene, a masterful description of pain that leaves me speechless.
2:05 PM

Jocelyn said…
Oy.  All pain management specialists should have this list.  I could have used it (thankfully, only about three terms, but very useful ones) when I was trying to convince someone that I did have something wrong with me once upon a time (year and a half later, turns out it was a ruptured disc).  It would have done me more good than their scale of one to ten, for sure.
9:13 PM

Unknown said…
Wow Lene. What a great way of describing pain. It has always amazed me how some joints experience different kinds of pain and it is so hard to explain it to others. But you did it here! Great job.
7:32 AM

LoriBee said…
Excellent descriptions Lene...I need a pocket copy of this to keep with me so when someone asks me how I am feeling I can pull it out and tell them to read which ever one applies!!
4:01 PM