A Letter to Someone Who Has Just Been Diagnosed with RA 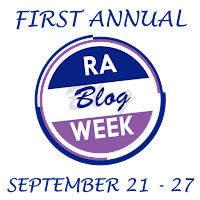 #RAblog is a seven day event from September 21-27, 2015. The brainchild of Rick Phillips, the goal of this week is to raise awareness about rheumatoid arthritis and build community. Up on over to the RADiabetes site to learn more about #RABlog Week and find links to other participants.

I want you to know that it gets easier.

And that’s normal. Your world has just been turned on its head and you’re not expected to adapt instantly. But adapt you will, because human beings are hardwired to adapt. It’s why we’re on the top of the food chain and live in pretty much every environment on the earth. What’s scary and confusing now will become second nature.

It’s entirely likely that your inner toddler is stomping the ground, hissing “but you do have and that’s pretty normal, too. None of us would choose this life with RA if the Fates had given us the option. But there is an element of choice in all of this. Although you may not have had anything to say about getting RA, you do have a choice about how you deal with it. When I was a child with juvenile arthritis — I’ve had this disease since I was four years old — my parents told me I had a choice. I could laugh or I could cry. And I distinctly remember the moment and knowing instantly what I’d prefer. Laughing. Of course.

That’s not to say that there won’t be crying, and sometimes a lot of it. You have to grieve the loss of your perfect health and that deserve some tears. It’s also possible that the pain of RA will make you cry, and that warrants tears, as well. Don’t let anyone tell you that you’re overreacting. RA pain can feel like someone is trying to pry your joints apart and may reduce you to crawling to the bathroom because it hurts too much to walk. You’re not overreacting. RA pain is the pits — some doctors have even compared to the pain of bone cancer.

Which brings me to treatment. And I should start by declaring my bias: I am unapologetically in favour of medication. I have had RA/JA for 49 years and I grew up during a time when there were no treatments. Because of that, I’ve used a power wheelchair since I was 16 years old. That’s what happened back then. Because there was no treatment, the disease progressed, eating your joints until you needed a wheelchair.

That doesn’t have to happen now. The treatments available, especially the Biologics, are revolutionary. So much so that my rheumatologist only has two patients who use wheelchairs in her practice now. So much so that one Toronto hospital had 40 beds dedicated to people who had arthritis. Now? There are at the most six in the entire city.

Unfortunately, it can take some time to find a medication that works for you. Some people can go into remission, and for others, treatment enables them to have low disease activity. And then there are some for whom it’s a holding pattern until more drugs are developed. You should know that the faster and more aggressively you’re treated, the better your chances of going into remission. Don’t wait. If your doctor approaches treatment slowly, get another doctor. Find someone who will work with you as a team and who will fight hard to get your RA under control. Keep trying, keep pushing, don’t give up.

I like to say that I am the worst case scenario and the best case scenario. Because I grew up when there were no treatments, I have a severe disability that requires me to use a power wheelchair. But ten years ago, after a severe flare, I found a medication that works for me for the very first time in my life.

There is always hope. Remember that. Find a way to connect to it, to find joy as much as you can, and to laugh.

And remember that although RA is part of what you are, it is not who you are. RA does not define you. 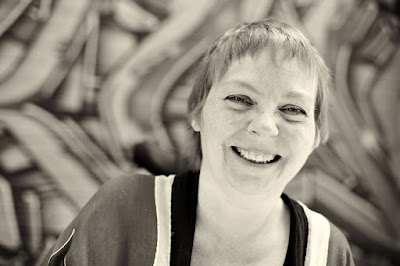 Annette said…
My post for the day talks about you too. I remembered what you said about worst case scenario and looked at what you have done with that.

Even our messages were similar - Mine was "It gets better" and you said "It gets easier". How can people not be persuaded.
10:34 AM

Kaz said…
Great letter Lene! I wish I'd had someone send me that at the beginning x
5:41 PM

I also wish I would have had that letter 15 years ago. I have benefited from the very advances you speak of, including the biologic's. I was Dx'd and started using Remicaide almost immediately. Today I have used 5 biologic drugs each with pluses and minuses. I think your letter is spot on concerning my feelings, except you put it so much more eloquently.

LoriBee said…
Lene I love following you....you are my light and my inspiration in all of this business. I wish you much happiness and many pain free days ...as you have had more than your share!
12:07 PM

I first ran across your blog when I was participating as a blogger for #RABlog Week. Then I saw your story via Health Central. Wow! You really impress me. Your outlook is awesome, something we don't always see in the RA community. Thanks for sharing your letter here and your full story on HC (to be honest, I'm still in the process of going through it the whole slide show). You're an inspiration! God bless.
10:47 AM