The Walk to Fight Arthritis: Making a Bad Day Good

I’d committed to doing the 5K in the Walkto Fight Arthritis this past Sunday and was very much looking forward to it. There was no reason to believe that I wouldn’t be able to do it — in the last year, I’ve wandered around various areas of the city for 5 km or more on a regular basis. I’d even gotten through the first week of June without my usual post-Hell Month flare.

Because the flare had just gotten sidetracked on the way to my house. It arrived Friday with a vengeance. Apparently delaying for almost a week had allowed it to build up some extra oomph. I haven’t flared that high in years. 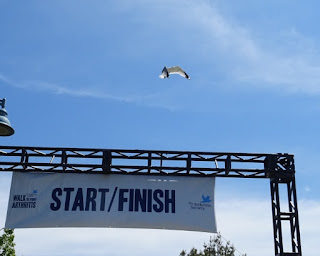 A surprising amount of the pain was located in my right elbow and it was clear that pushing the joystick on my wheelchair for 5 km would kick me into an injury that would take weeks to heal. I reluctantly decided to drug up and do the 1K instead. A decision that really bothered me after committing to a 5K and raising money on that basis. It also bothered me when I found out that the 5K route would go along the boardwalk near Ashbridges Bay (water! Beach!!). But good sense prevailed.

The new location — Woodbine Park — is beautiful. Lots of open spaces, lots of pine trees (lovely smell), and a nifty water/marshy feature that brought in a lot of birds. Which we’ll get to later. First, let me introduce the Your Life with RA team mascot, Zinger, the French Bulldog: 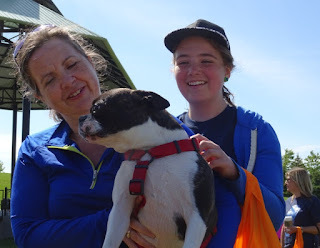 It’s was a gorgeous day. A little chilly in the morning, but not a cloud in the sky. Most of us applied sunscreen — and those who didn’t are currently suffering (note to self: bring sunscreen next year) — and we, along with several hundred other people, started the walk. While The Boy and I veered off on the less traveled 1K route, the rest of the team soldiered forth on the 5K.

We completed most of the 1K in fairly short order and decided to check out the pond and the two swans we’d seen from afar. And am I glad brought my camera. Because: swan babies! 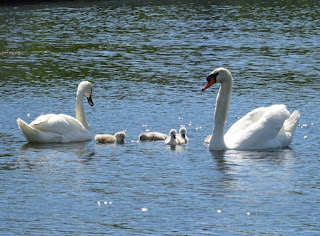 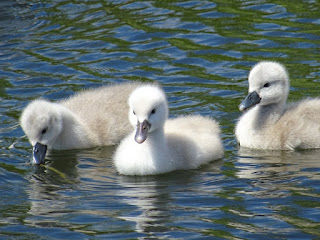 Yes, I know they’re more accurately called cygnets, but these tiny balls of fluff only had one name in my mind. Swan babies.

After gushing over the wee things for some time (and taking many, many photos), we decided to head for the finish line. By this time, I’ve run into Annette who blogs over at Rheutired and we crossed the finish line together 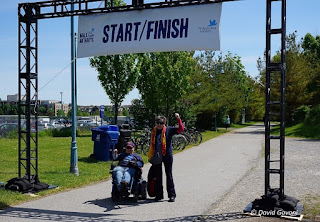 And then we waited for the rest of our team to arrive. There was plenty of entertainment, including three princesses. I don’t think they have a lot to do in their own lives — they keep showing up for other people’s events??? 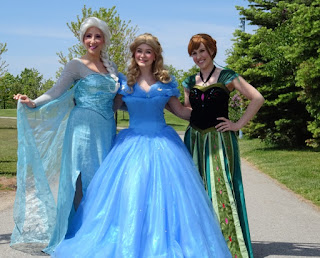 And then they came, one grouping after another, some delayed by our mascot's enjoyment of a dog run that went into the lake. 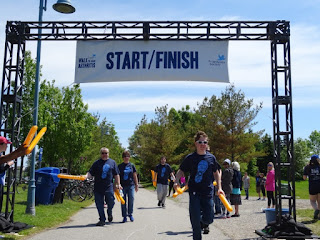 They all did it and I am so proud of them! And I’m also very proud that the Your Life with RA exceeded our goal. Together, we raised $2720! The Toronto Walk raised $1.1 million (!) for local programs and services and for research that will help many Canadians with arthritis live better lives.

Thank you to everyone who supported us with donations or sharing the news with friends and the Internet.

We’ll be there next year. 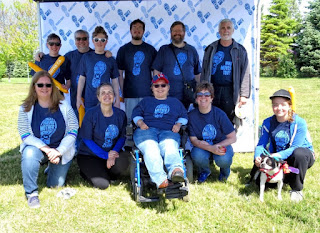 As I was driving home, I reflected on my worry that the flare would interfere with the day. It didn’t, not at all. Thanks to the fun filter, some good drugs, and being out in the sun, I forgot about the pain and just enjoyed being part of something meaningful with the people I love. It’s amazing how what started out as a very bad pain day became such a wonderful day.