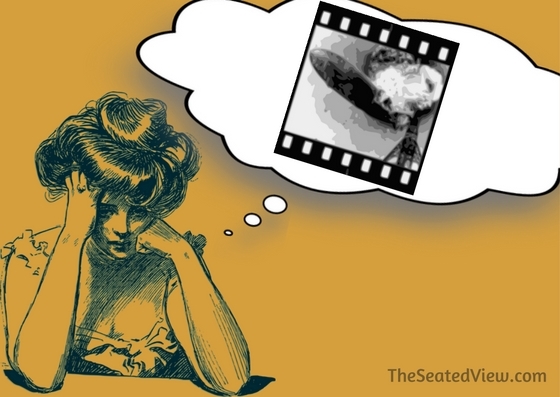 A little while ago, Rheumatoid Arthritis Warrior posted a fantastic rant about the "well-established fact" that people who have RA have lower pain thresholds and that "they worsen the perception of a pain through their 'maladaptive responses'" to their pain. Apparently, the medical literature has very decided opinions about the way other people experience pain.

One of these so-called maladaptive responses to pain is called catastrophizing and can be illustrated by the person agreeing to the statement that "I worry all the time about whether it will end".

Actually, let me allow some space for my initial response. Which was a deep, weary sigh.

Okay. After the sighing made the curtains flutter, I am now ready to rant on. Because, my dear physicians and medical researchers, worrying about whether the pain of rheumatoid arthritis will end is actually pretty normal response to a disease that is relentless, makes your entire body feel as if it's covered in a damp, lead-lined comforter, is completely unpredictable to the point where you can't really make plans and expect to be able to follow through, because maybe on that day you'll wake up in so much pain that you end up crying in the shower.

Even when RA is controlled, we all know that it could end tomorrow, either because you develop side effects to the medication or it just decides to stop working. RA is for life, this is what the chronic part of having a chronic disease means. There is no cure, there is only medication that can suppress your symptoms for a while and they come with pretty serious side effects, so you have to decide whether your life is worth taking the risk. When you are carrying around a damp, lead-lined comforter every day, it often becomes a no-brainer to risk stroke, cancer, fatal infections and the like and does that not indicate just how crappy life with RA is?

And here's the other thing. Does not the fact that only medication that has such extreme effects, medication that will suppress your immune system making you more vulnerable to contagion and infection, indicate that this is a fairly intense disease? And does the prescribing of these medications by rheumatologists not indicate that they take the necessity of controlling this disease fairly seriously?

So am I the only one who thinks this sort of incongruous that on one hand, appropriate treatment for it this disease requires drugs so big that they have the potential for really serious side effects, yet on the other hand, people living with the disease are thought to be responding poorly to the pain, thereby making the perception of that pain worse? Can you have it both ways? Can you on the one hand be suspicious of an individual's report of pain, yet in the next moment prescribe a drug that pounds down the immune system because that's the only way you can control the disease?

And this is just another incident of the arrogance of the healthy, the one that's expressed in suspicion of pain and reports of pain, because since we can't actually see the bone sticking out of somebody's leg, it can't possibly be as bad as people say, can it? Kind of explains why so many doctors are so reluctant to prescribe pain meds. If the professional literature says that your patients actually have less pain than they report, why would you believe the words of the person who actually lives with the disease?

Pain is unimaginable when you haven't had it - just as the pain of a broken leg is unfathomable to someone who's never had a fracture, the pain of RA may be described, but can never be understood unless you have lived inside of it. Because RA pain is not just pain, it is a sense of weakness that makes it feel as if your arm weighs 10 kg more than it used to, it is a pervasive sense of unwellness, an indescribable "something's not right" feeling and then there is the dampness that suffuses every part of you, that weighs you down and makes you move more slowly, not just because you are being careful because of the pain, but because moving with that level of damp in your body slows things down.

And when you know that this is your life until the end of your days, that even if it is controlled and you feel healthy and undamp, every day, you are a hair’s breath away from it all coming back and I am sorry, oh pantheon of medical godlings, worrying that it will never go away is not a maladaptive response. It is bloody well a complete valid response, nay, even normal.

Sally said…
Brilliant, as always Lene. You forgot to mention that if you move in a way that is not acceptable to healthy people, the term is called "guarded" because you are only anticipating pain. It doesn't really exist.

The literature in the Pain Journals is ridiculous. Unfortunately, once a body of literature is collected as "research" then one researcher is obliged to quote other researchers to show their command of the literature. So, myths, misconceptions and what passes as science is repeated again and again and again. It is tragic, discriminatory and does incalculable damage to those suffering from such a misunderstood disease.

Tony said…
Thank you for making sense of this really stupid diagnosis, that is to often given. It is really to bad that this is not required reading for all doctors. Thank you Lene
12:54 AM

Unknown said…
Once again you have nailed yet another point of the severity of this misunderstood illness that healthy people just do not get. The pain is intense and unrelenting. Thanks for your articles that continue to educate others about the effects of this horrible illness we warriors live with daily. I wish every Rhuematologist would read your blog post and be enlightened by them. They may actually get some education on what it truly is like being a person with RA. Our pain is real we do not want it and if we could we all would wish it away. Much love to you xoxo Janet Sparks
10:37 PM