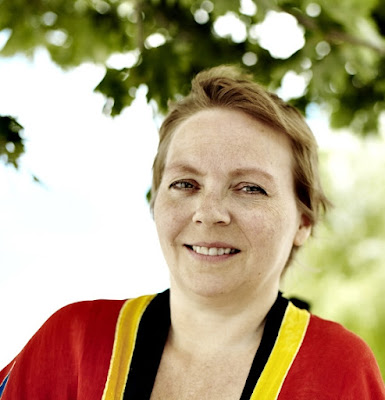 There is no happiness. There is only moments of happiness
- Portuguese saying (allegedly)
For most of my life, the transition to a new year has been hard. Caught up in the hype of endings and beginnings, I’d invariably find fault with my life, usually some variant of waiting for my life to happen, that although I was going to school, working, etc., I wasn’t quite plugged in, that I was coasting, existing, not living.
About a month ago, I found myself saying something stunning to a friend. That if you’d shown the me of 5 years ago the me now, 5-years-ago-me would’ve been horrified. I would’ve shuddered at my pain levels, my limitations, how much my life has shrunk, both in terms of ability, social life, geographic mobility (the way my pain levels prevent me from going beyond my immediate neighbourhood). I would’ve believed this life unbearable. And here’s the stunner: I am happier now than I was 5 years ago. Than I have ever been. Here, in my little life, the life that has far less Big Moments and fabulous activities than ever before. Here, in my little life, I have found peace and contentment.
now I [can] die a happy woman
- Me, after seeing Etta James
For as long as I can remember, I have wanted to live past 100. Not just for the competitive element (although there is that), but because I could not imagine ever being okay with leaving. And then, a year and a half ago, when listening to Etta James sing At Last and for the first time in my life, I could imagine being satisfied with the amount of living I had done. And it's continued, frequent moments of transcendent beauty where the world pauses and the glory of it all washes over me, I feel full to bursting and think that now, again, I can die a happy woman. This is so unlike me that sometimes, I’ve worried that maybe the universe was trying to prepare me for an early death (because sometimes, I think too much), but I’m pretty sure that's not it. I think that when I was so sick at the end of 2004 and got my life back with Enbrel, then got sick again and changed to Humira earlier this year, it served a purpose. If you’ve been reading this blog for a while, you’ve been with me through some pretty awful times. You've seen the struggle against losing one ability after another, trying to find a life in loss, hope despite grief. I felt as if I was being stripped bare, pared down to the essentials, that each loss sanded off one more layer, leaving me raw and new. And now, looking back, I feel as if the me I was has been torn down, leaving space for possibility, leaving room to grow into the person I’ve always wanted to be.
My happiness grows in direct proportion to my acceptance, and in inverse proportion to my expectations
- Michael J. Fox, January issue of Esquire.
It’s happiness. Not that ridiculous contrived Happyness that some Hollywood focus groups foisted upon the world. Real, honest-to-goodness, deep-down pleasure at being alive. And like Michael J. Fox, I have found that acceptance and freeing myself from expectations, attachment to a particular outcome, has been the key.
Humira has helped, because Humira controls the arthritis to a point where I can start using my own coping mechanisms to manage the pain. Humira has stabilized my situation, it has allowed me to be strong enough to help my mother through her own battle with loss of ability this past summer, it has allowed me to be more present in the lives of my loved ones, to be useful, to take a trip in a van that was longer than 10 minutes - I paid for it, hurt for several days and it won't happen often, but I could and before, I couldn't. And just this week, I went past my own immediate neighbourhood, took the quarter kilometre walk to the post office and back again for the first time in almost 4 years. I paid for it and it won't happen often, but I could and it makes me still inside, because I thought I never would again. It makes me wonder what else might be regained, although if I never get any better than I am now, I’m fine with that (not any worse, though, please, because I haven't freed myself from all attachments yet). And it is thanks to the taxpayers who gave me first Enbrel that got me part of the way and now Humira that's opened up my life a little more. It doesn't matter that it only takes half of my pain, because without it, acceptance is unbearably difficult, if not impossible. But it turns out that I don't need to be all the way “cured” (or any of the other things we delude ourselves into believing that we need) to be happy. I have all I need in my little life.


Eventually, introspection must give way to… everything else
- Larry Fleinhart, Numb3rs, on getting ready to leave the monastery
This year, I haven't practiced my daily observation of gratitude and spiritual growth so much and for a while, I worried that I wasn't honouring the gift anymore. But I have realized that they are many ways to honour getting a second chance at life and one of them is to live it.
I will not fear
- my adaptation of the litany against fear
I used to be afraid all the time. Afraid of taking risks, afraid of letting go, afraid of loving with a whole heart, afraid of loss, afraid of pain, afraid of never seeing my dreams - of being a writer, of being me without hiding and pretense, of living - become a reality. And I still have fear, because fear is a part of life, but I choose for it to no longer stop me, because the worst that could happen already has - I thought I was going to die and I didn't. And much to my surprise, it was not until my life shrunk that I started being me and living my dreams.
I have things I still want to do, but nothing that I need, so now… now, it's all gravy. The transition to a new year is just another day, with as much promise as the one before it and I simply cannot wait too see what 2008 will bring.
May your dreams come true.
p.s. and because there's been too much bliss this week, I forgot to mention a very important thing: thank you, to all of you who's reading this. For being there.