It’s All in Your Head: Fighting for a Diagnosis 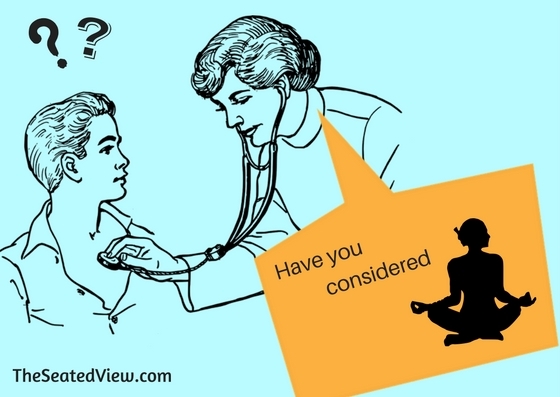 In the past month or so, two doctors have suggested that my extreme fatigue is due to depression and anxiety. And sure, I will accept that this may be part of the reason for Fatigue #1 (as I call it), which has dogged my days since the croup incident. But it doesn’t explain Fatigue #2 that got added in mid-April. The one that has me white-knuckling my way through the day, trying to stay up when my body only wants to sleep. The one that’s given me brain fog so profound that writing and working is next to impossible. The one that has eaten my social life and makes me feel sick every single day.
Every instinct I have tells me that this is physical — a chronic sinus infection, perhaps? — but I’ve started experiencing The Wall.

If you have a chronic illness, chances are you know this wall well. 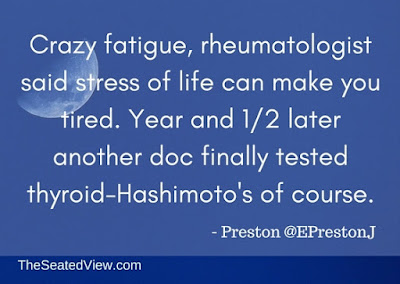 Because many forms of chronic illness can be difficult to diagnose, it’s quite common to see several doctors before you find someone who can pinpoint the cause of your symptoms. It’s also not unusual for the doctors who can’t identify it to suggest that your physical symptoms are caused by stress, anxiety, depression, or other types of mental health issues. Suggested remedies include working less, yoga, or perhaps seeing a psychiatrist. This for what is later diagnosed as autoimmune diseases such as rheumatoid arthritis, multiple sclerosis, as well as fibromyalgia, tumors, and many others.

It is infuriating and heartbreaking.

You come to the doctor with so much hope in your heart, desperately wishing for answers and believing that this medical expert will be able to give you a diagnosis. So many have their hopes dashed when the person can’t find the answers. And that’s when it gets infuriating. Because when stumped, too many doctors suggest it is all in your head. When my parents were taking me around to doctors, my mother even suggesting that maybe I had juvenile arthritis, there was no diagnosis for five years. And one of those doctors suggested that my mother should see a psychiatrist.

That was 50 years ago. Not much has changed since. 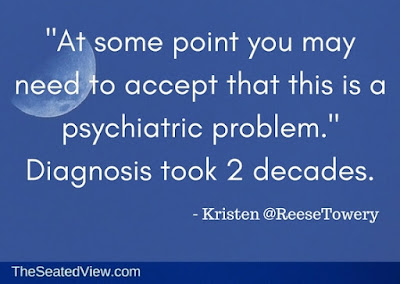 Of course there is a mind-body connection. I know this every time something stressful happens and my stomach starts to eat itself a few nanoseconds afterwards. But that’s not what we’re talking about. We’re talking about doctors who when up against the limits of their knowledge suggest that the patient is making it all up, rather than admitting that they are stuck. I once had a doctor tell me that she had no idea what was causing the symptom I’d asked her about, but promised to find someone who would. Why is it so hard to say that?

Thankfully, many are stubborn enough to then see another doctor. And then another and another, if necessary. Eventually you get your answers, but it can take years, even decades. This is a problem in the treatment of many autoimmune diseases. For instance, RA has a window of ideal treatment response very early on in the disease. If you are diagnosed and treated within the first three months after symptoms appear, you have the best chance of going into remission.

So, yes. A physician admitting that they don’t know the answers, but referring you to someone else who might, is an essential part of ensuring that people with complex chronic conditions get treatment as soon as possible. A treatment that can quite literally make the difference in how the disease progresses. But more than that, it can be such a relief to have someone believe you, to indicate that they know you’re not making it all up. That your symptoms are real. That you are telling the truth. 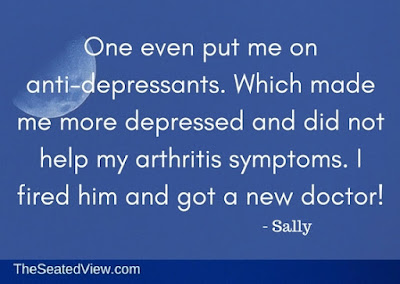 Last week, I went to see my speech pathologist with plans to ask if she could get me in to see someone in the ENT department. We talked about what was going on and then she said the magic words:

“What does your gut tell you? Is this something medical?”

I said yes, without a doubt. Then she told me she would find a way to get me seen by someone who specialized in sinuses. And the relief — at being believed, at maybe getting closer to having an answer — was so profound that I started crying.

We shouldn’t have to face that wall. Living with inexplicable symptoms that are slowly destroying your life is hard enough. Medical disbelief that this is actually happening compounds the issue. So dear doctors… please just admit that you don’t know the answers and refer to someone else who might.
Medical nonsense

Rick Phillips said…
Yes. I agree. In the US we can change doctors fairly easily, except for some specific situations. So I tend to ask my doctors early in the process if they think they can do this and if not no hard feelings but let's move on.
9:18 PM

Claire(PainPalsBlog) said…
Hi, have posted this link on PainPals regular feature "Monday Magic - Inspiring Blogs for You" Claire x
8:38 AM