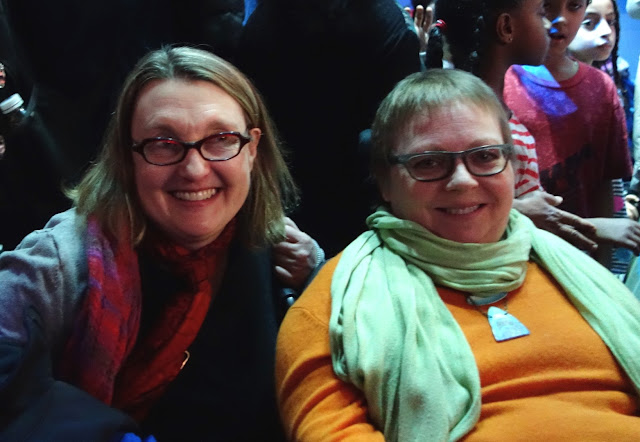 "On the other hand, I feel lighter these days. I spent much of the summer feeling like I was about to die and just waiting for the other shoe to drop. Nothing has changed really except that I seem to have decided to enjoy living. It's so much easier to exist this way." – Laurie Kingston

Many of us talk about wanting to leave the world a better place. My dear friend Laurie actually did.

I don’t remember the exact particulars about how Laurie and I became friends, but I know we found each other through blogging. She wrote about living with metastatic breast cancer — with the emphasis on the living bit — on her blog Not Just about Cancer and in her wonderful book Not Done Yet: Living through Breast Cancer. 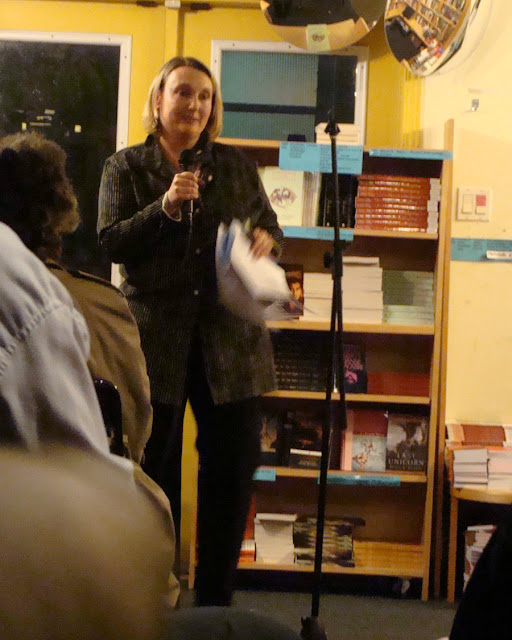 At the Toronto launch for Not Done Yet

In Laurie, I found a steadfast friend and we were lucky to share almost a decade together. She was madly in love with her spouse Tim and proud, adoring mom to her wonderful boys Sacha and Daniel. So many words describe her and all of them positive. Laurie was one of the smartest people I have ever met, a beautiful writer, an unapologetic feminist, a voracious bookworm, activist, true Canadian, a knitter and fearless yarn bomber, and lover of parentheses (even more so than I am and that’s saying something). She was compassionate, loving, thoughtful, funny, and she was my touchstone. 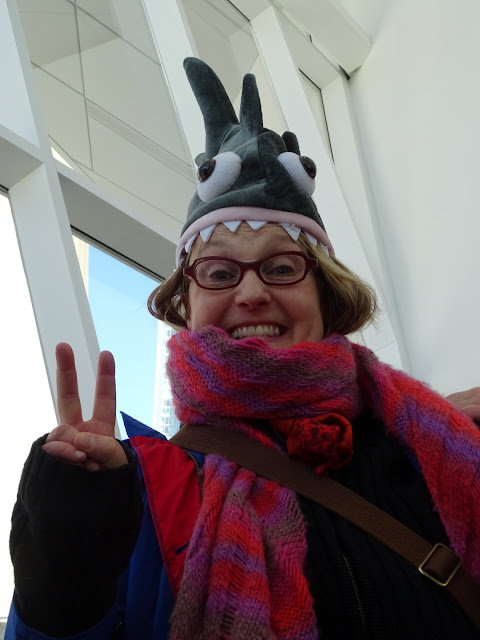 She was also a big part of what shaped me as an author. When we first met over the Internet, Laurie and I both had a book in us, but needed something that would keep us going. So we decided to become writing buddies. Each week, we would write a chapter, send it to each other and edit what we got, then talk about it on the phone. She read — and critiqued — every chapter in Your Life with RA

twice. Maybe three times? Which was of course why I dedicated my next book to her.

Throughout the process of keeping each other writing, we became friends and even after we stopped editing everything the other person wrote, we stayed in the habit of talking once every week or two. Well, except for the summer. Laurie was always too busy living and travelling with her boys and Tim during the summer. 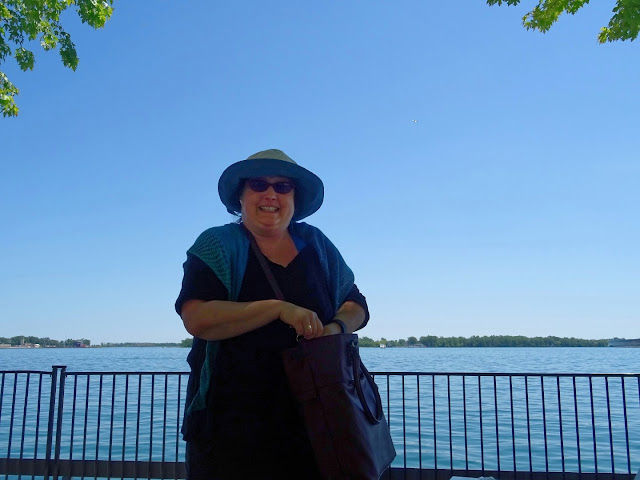 Laurie believed in giving back and was jazzed when a few years ago, she got a Little Free Library for her front yard. And she gave back in so many other ways. Over the last few weeks as she was in palliative care, her life's light fading, I’ve read comments from the people who she met and helped in one way or another. She used social media better than anyone I’ve ever met, connecting with others to share books, tips and support.

When we make connections and even more so when we make friends, we learn from the other person. Laurie and I taught each other many things through the time we had together. From her, I learned about pinxploitation and why she spent much of each October being pissed off (seriously, watch Pink Ribbons Inc). 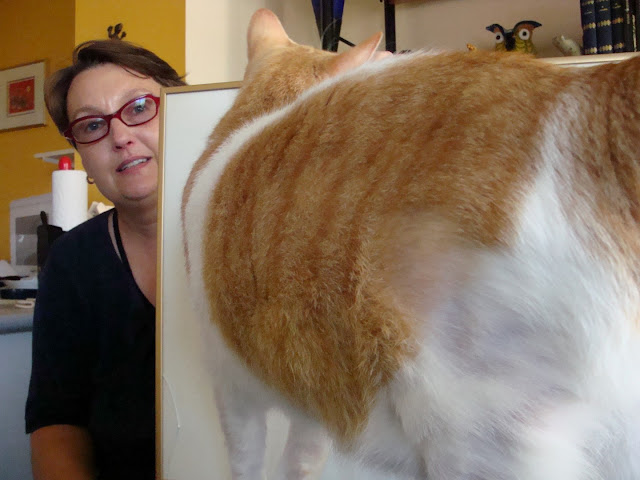 And there was so much more. When I think of my friendship with Laurie, it is in those lovely and effortless conversations we had so often. We shared favourite books and talked politics and advocacy and knitting and dogs and cats and everything else.

In those conversations, we also shared with each other how to live with and around serious, chronic conditions. Laurie didn’t avoid the fact that she had metastatic breast cancer — she couldn’t, what with getting treatment every month and then later every week. She was not fond of this disease, but she loved Tim, her boys, her friends and her life. And so, she focused on living to the fullest, shifting her perspective deliberately and decidedly to living in a way that said Yes. Yes to adventure, yes to people, yes to giving back, yes to possibility. Yes to life. 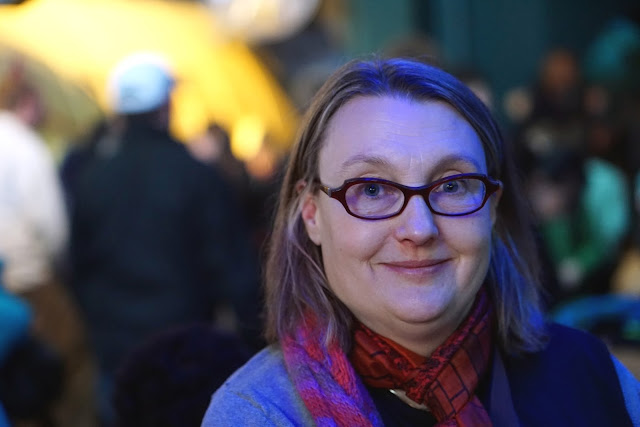 In her October 2016 post where she talked about feeling lighter, she ends with this:

“At one of my treatments this summer, Tim said to me "I feel an obligation to have more fun." It's an odd way to put things but I really got it. We have, since that day, put in a concerted effort to have a better time. And I think we've been doing a pretty good job.”

May we all put in a concerted effort to have a better time. Leave the world a brighter, better place. Like Laurie did.

Until we talk again, my friend. I will say Yes. 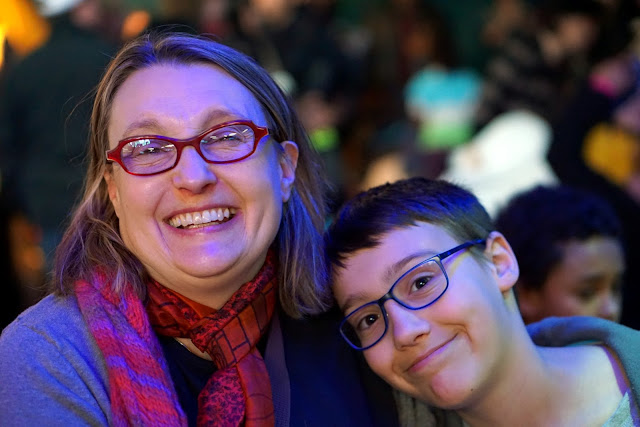 Louli said…
That is a beautiful post about a beautiful woman and friend who touched so many lives. Thank you
Catherine
11:49 AM

Bob said…
Thank you for writing this. It captures her spirit, I think.
12:49 PM

Jim's Girl said…
Thank you for this lovely tribute to an amazing woman I was also lucky enough to call my friend. ~ Kate Has Cancer
2:20 PM

Andrea Ross said…
Thank you for this beautiful remembering of a very special force of good.
3:47 PM

Unknown said…
A lovely tribute to a wonderful woman!
3:49 PM

AlisonH said…
A bit of teariness here. What a beautiful friend, what a life well lived and loved. Thank you for this.
5:48 PM

LeneR said…
Thank you for this beautiful portrait of a person who meant so much to so many of us.
8:02 PM

Rick Phillips said…
I am so sorry for the incredible loss. I am poorer for not knowing her.
9:20 PM

Anonymous said…
Sorry for the loss of your friend. May you find peace.
4:43 PM

Bar-Bro said…
I am a Pearson College friend, in the year below, and not at all close, but I remember Laurie and her pictures all capture the spirit I remember. I have a friend now much in Laurie's condition and reading about her experience in her blog and in this post helps me to understand her better. Thank you for writing it. You really make the world a better place.
7:56 AM