Today is Rheumatoid Awareness Day. This post follows one of the blog promts from the Rheumatoid Patient Foundation: 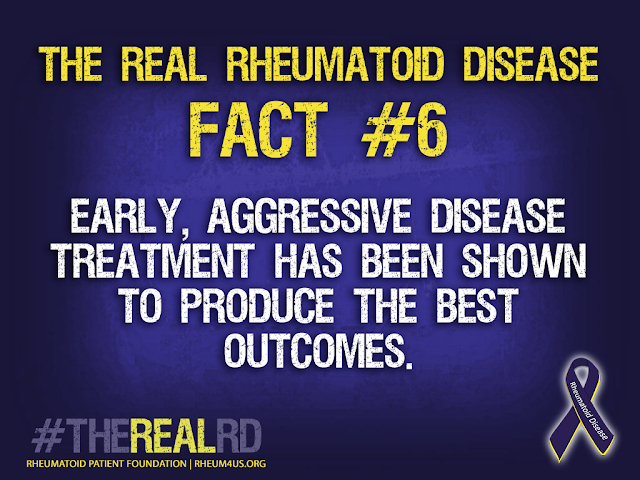 It is now possible for many people who have rheumatoid arthritis (RA) to go into remission. This in and of itself is mind-boggling to me. I grew up during a time when there were no treatments, and when the subsequent inevitability of progression lead to severe disability, wheelchair use, and often early death.

That was a bit bleak, wasn’t it? You bet it was. But it doesn’t have to happen anymore. In fact, my rheumatologist told me that she now only has two patients who use a wheelchair. And this is amazing. There is treatment that is keeping people out of wheelchairs!

That treatment as methotrexate and the Biologics, especially the latter. About a third of the people who try these meds can go into remission, and a significant proportion of the remaining may experience lower disease activity. Still, we need much more research, and many more meds, so everyone can get their disease suppressed.

Treatment approach changes
One interesting consequence of the facts that there is now treatment that can be effective is the impact it has had on the approach to treating RA. Historically, the maxim was “go low and go slow,” and doctors followed the pyramid approach. Someone diagnosed with RA would start on NSAIDs (nonsteroidal anti-inflammatory drugs), whereas disease modifying drugs (DMARDs) would not enter the picture until fairly late.


With what we know now, this is very obviously insane. NSAIDs deal with the symptoms, but do absolutely nothing to suppress the disease.

I still remember the first time I tried an NSAID. I was about 12 or 13 years old and the doctors handed me this drug which was still not approved. I still remember exactly where I was when they gave me that green and yellow capsules for the first time. That drug was Orudis (Ketoprofen), and it was an absolute miracle in terms of what it did to control my pain.

I still ended up in a wheelchair a few years later. Because it did not control the disease.

With the advent of the Biologics, treatment approach has changed. The first change is early and aggressive treatment. That means hitting the RA with everything you have in your arsenal the minute a diagnosis has been made, following the treat-to-target approach (see below). There is a small window very early on in the disease in which response to treatment is optimal. The earlier and more aggressively you’re treated, the greater the chances of remission. This is not say that you can’t go into remission later in the disease progression, but it might present more problems.

The second change to treat-to-target. This follows the approach used in treating diabetes and high blood pressure. The medication and/or the dose of the drug is continually adjusted over a period of time until the target — normal blood sugar or blood pressure — is achieved. With RA and other forms of inflammatory arthritis, the target is remission. Usually, a person will be asked to try a particular medication at a particular dose for three months or so, and then be reassessed. If there is still disease activity, the dose is adjusted or the medication changed.

Barriers to treatment are barriers to remission
Great! So everyone who is diagnosed with RA are now treated this way. Right?

I still meet an astonishing number of people whose doctors are following at the very best a modified pyramid approach. And that’s barrier #1. The American College of Rheumatology has developed guidelines for the treatment of RA in its different stages. They are very clear on early and aggressive treatment following the treat-to-target protocol, indicating that methotrexate is the gold standard of first treatment.

Well, doctors are human, too, with all the quirks, foibles, and biases that implies. Maybe they are older and stuck in a particular pattern, maybe they don’t necessarily agree with the ACR, and maybe funding sources won’t let them, especially when we are looking at Biologics.

Insurance companies and other sources of funding, such as various government programs, require you to go through a number of other medications, and for those medications to fail, before they shell out the big bucks.

On one hand, that is completely understandable. Why spend thousands of dollars every month for treatment, if another drug that costs a tenth of that would do the trick? Insurance companies are in the business of making money (not actually protecting you) and government sources of funding are using tax dollars. Reasons may vary, but is that when other people give you their money, they want to make sure that it’s because nothing else worked.

At its very basic, the system requires your doctor to follow the pyramid approach in your treatment. And it’s completely counterproductive.

The pyramid approach looks like it saves money, but It has a huge and initially invisible cost built into it. There is the personal cost to you and your family of the pain and illness involved in trying medication after medication that doesn’t work. Aside from incurring needless pain and suffering, this process is also more likely to allow the RA inflammation to feast on your body, causing damage to joints, organs, and more, potentially leading to disability and other medical conditions. And that’s expensive.

Preventing RA damage saves money. Preventing RA damage means you will lean less heavily on the medical system, and be less likely to have to stop working. A 2001 study of the economic implications of RA showed that the average cost per person was $10,410 per year, and that would have an incremental increase as the disease and disability worsened. Multiply that by the 1.3 million people who live with RA in the US (or by 1% of the population in whatever country you live in) and you can see how expensive the consequences can get. 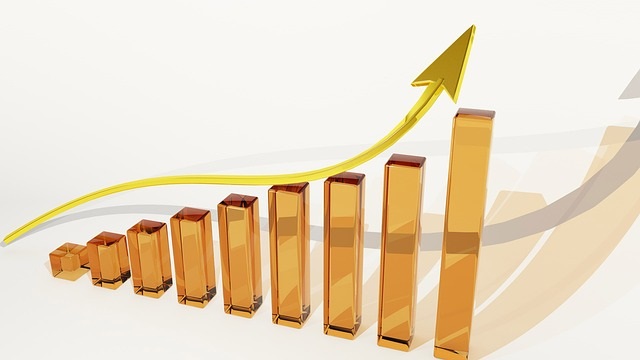 I believe that in order to effect change in the treatment of RA, we need to talk more about the money. That is, the money it will cost society in the long run to not treat RA with the medications that are most likely to achieve remission. Presenting the treatment of RA as an investment in the future of the country, business, and an increasingly overburdened healthcare system, is a much more likely to make lawmakers, and for that matter insurance companies, listen. Utilizing the expensive medication now, will save millions, even billions, of dollars later. It will protect the workforce by enabling people to keep working. Working people have disposable incomes that they can invest in the economy.

In other words, using the expensive medication will actually support society and the economic infrastructure.

And then there’s this. Can you imagine what this would do for the lives of people who live with RA?

Read all posts in the Rheumatoid Awareness Day blog carnival. 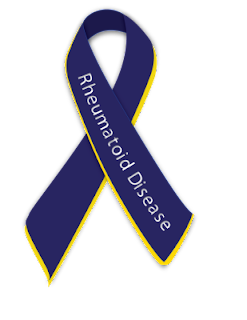