The method itself is pretty special, the full moon even more so. And when you get to the second full moon in one month, not to be repeated for another three years, you have to see it, don’t you? As it coincided with my last day before I month-long (writing) vacation, it seemed like the perfect thing to do to celebrate.

But I got a little ahead of myself and I blame the papers. An article claimed that the blue Moon was happening on Thursday evening. I didn’t catch it until quite late, so by the time I made it down to Sugar Beach to see the moonrise, it had already risen. That didn’t much matter, as there was another adventure to be found. Namely, the biggest freighter I have ever seen (I found out later that it was 225m long. That’s 738 feet for 2.5 football fields). It was so big that it could not dock parallel to the sugar factory’s loading dock, but instead had to stay out in the lake. 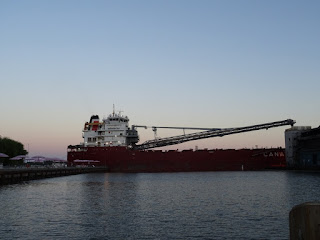 It a beautiful night, the sun having just slipped below the horizon, and I wasn’t the only one who felt compelled to photograph what was happening. 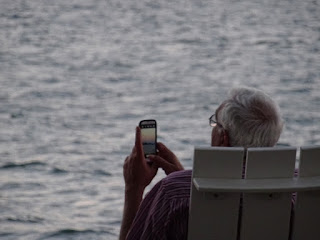 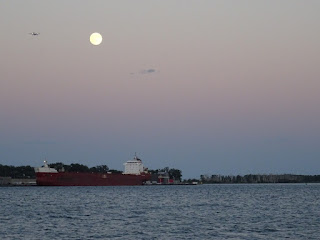 There is nothing like a clear sky still bearing the colours of the sunset, but starting to be blended with dusk. You had a full moon and — well, almost a full moon — to the mix and magic happens. 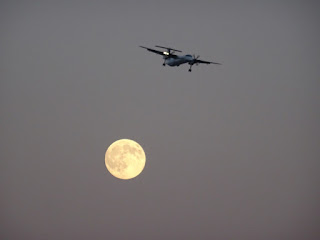 The next day, I discovered that the blue moon was actually on Friday, but that worked even better. Friday was my official last day of work before I swanned off for a month to write and relax and what better way to celebrate than taking an evening walk to see the moonrise. This time, I checked when it was so I could arrive ahead of the big event.

Is there anything better than a cloudy sky close to sunset? And yes, I am aware that I was in raptures about the clear sky just a few paragraphs ago, but the clouds pushed the envelope just a little bit more.

I arrived on Sugar Beach from the other hand down by Sherbourne Common to an amazing sight of clouds and light. In the east. Huh? I came to the conclusion that the red light must be the reflected rays of the rising moon that was initially covered by clouds. I have no idea if I’m right, but it sounds good. I waited. I spent my time photographing other parts of the sky and again, the clouds were phenomenal. Between the sunset, the moonrise, and the thunderstorm out in the west, strange and beautiful things were happening to the clouds. 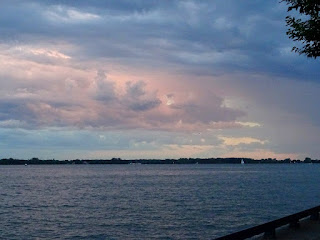 And then I turned my head and saw it. The first sliver of red peeking up above the clouds. After which it seemed as if everything speeded up and in no time, it had cleared the clouds and the treetops. 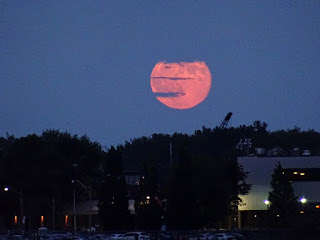 I felt all still inside as I watched the red blue moon continue to rise, playing hide and seek with the clouds. And then I got the gift of an intense full-on look before the cloud cover hid it for good. 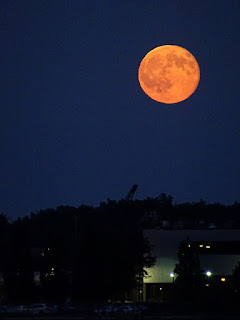